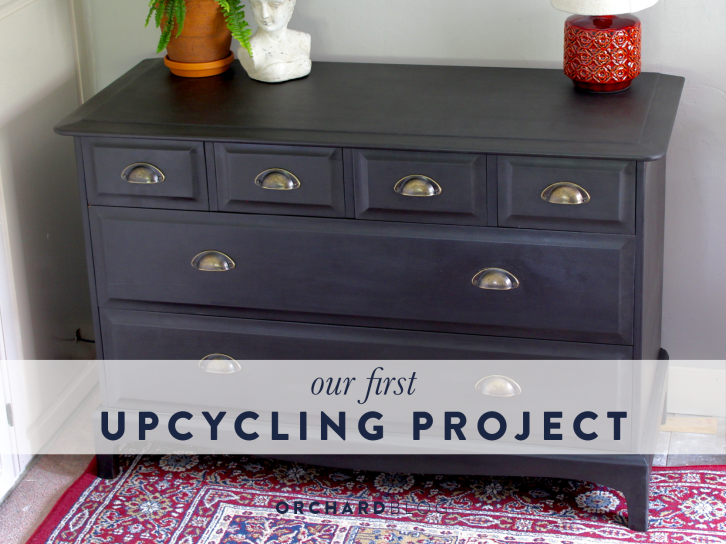 When we moved into Richard’s parents house, we were also in the position of not having any drawers to store our things in.  We debated buying something easy to use whilst we were staying in the house, but also thought about our future home and decided it would be good to get some furniture now, so we set of to find furniture to upcycle.

The flat we rented had some Stag furniture in it and we really liked the structure and sturdiness of this and wanted to find some.  We had been looking on eBay for them and bid on a few, but never seemed to get close.  On a trip to Southampton early one Saturday, where we had planned to scour a few charity shops, we found a three over two set of Stag drawers, at the first store we went to.  A few weeks later, after many failed attempts to pick up another set of drawers, we found a four over two set in a bric-a-brac store just outside of High Wycombe.  It seems our furniture is fairly well travelled! 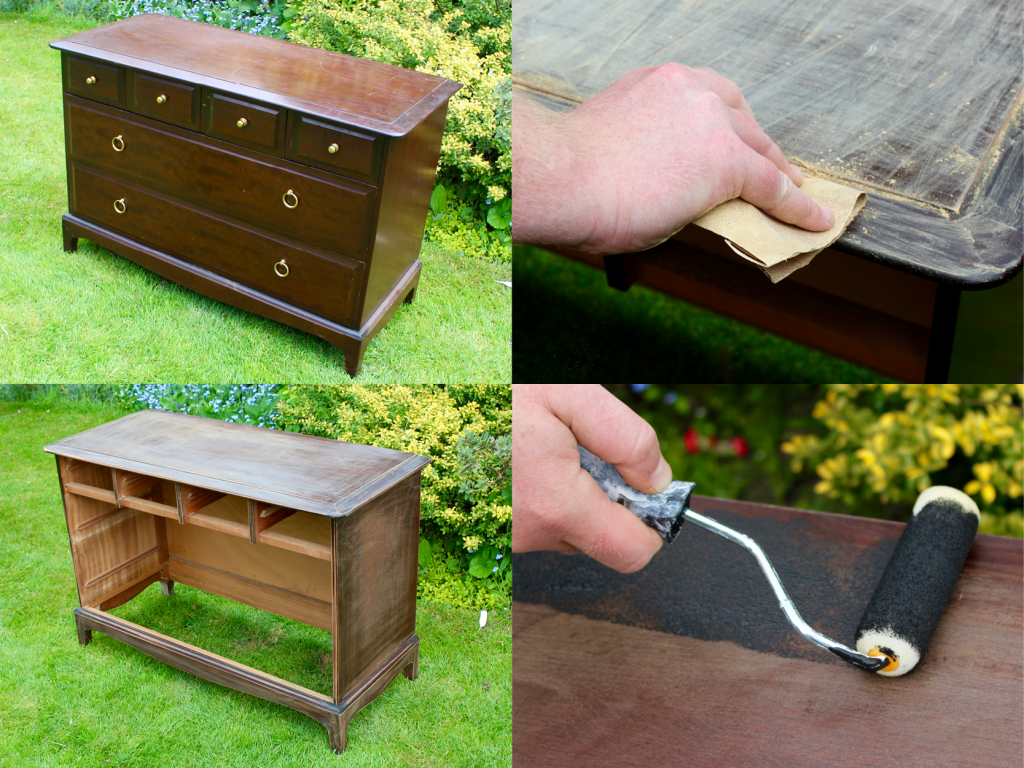 With our newly acquired furniture, we set about turning them, and a bedframe we found on eBay, into what we hope will be our guest bedroom set.  A light sand of the surfaces took off the varnish and gave the paint somethng to adhere to.  We then wiped the surfaces with a damp cleaning cloth to remove the dust.   Two coats of Annie Sloane chalk paint later and we left it to dry.  Fortunately, the day we did it, we had fantastic weather and, after an hour in the sun, we were ready for the next step.  Applying the wax using the brush and giving it a once over with a cloth, we turned it from a fairly light grey colour to almost black.  By the time the second coat of wax was on and drying, we were done for the day and made a start enjoying a drink! 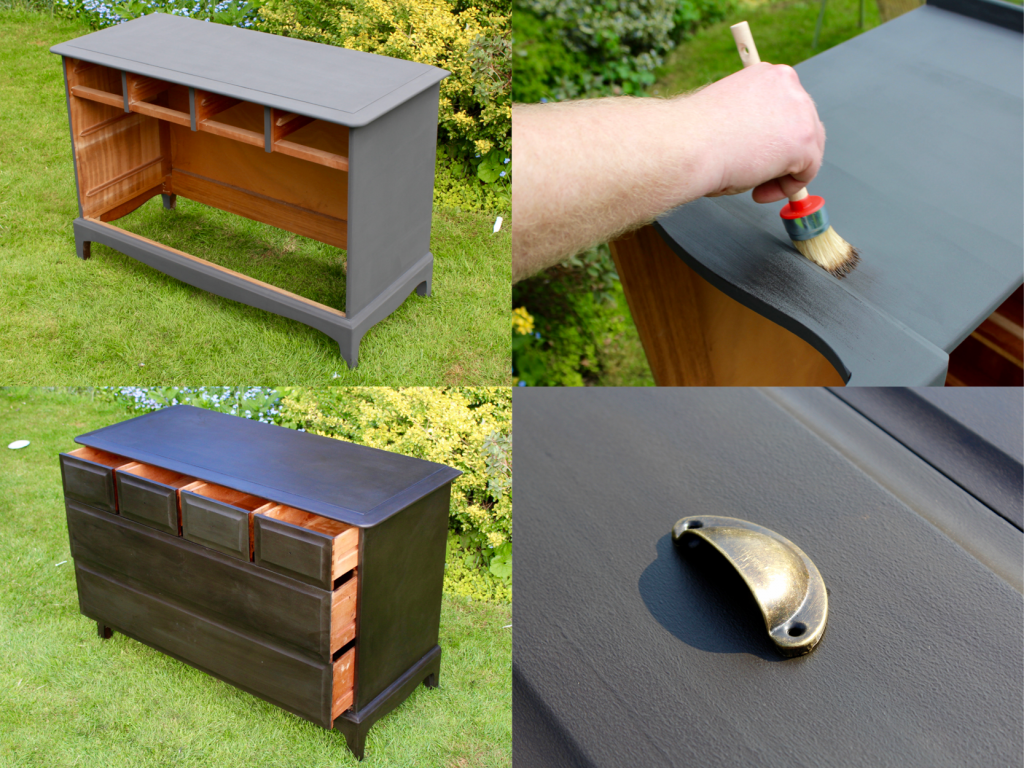 The drawers are now in situ in our room and look great.  We look forward to setting it up in our future guest room.  The cat, Annie also seems to have taken a great liking to them, but that is more likely to be the fact we keep the pet treats in the second drawer from the left!! 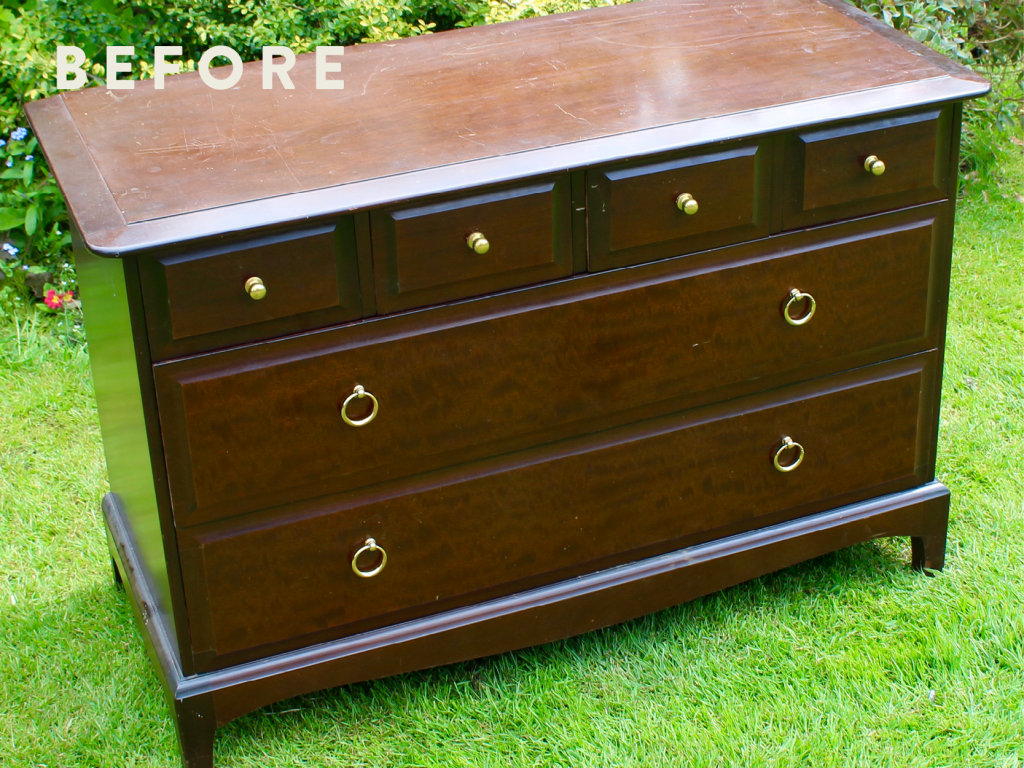 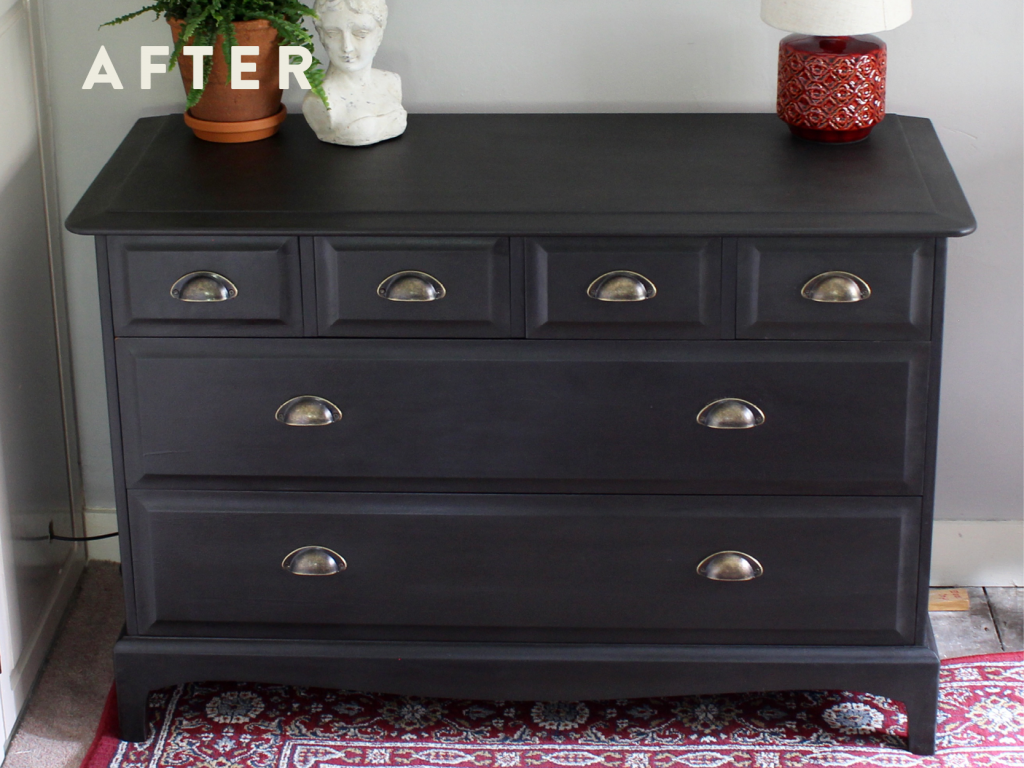 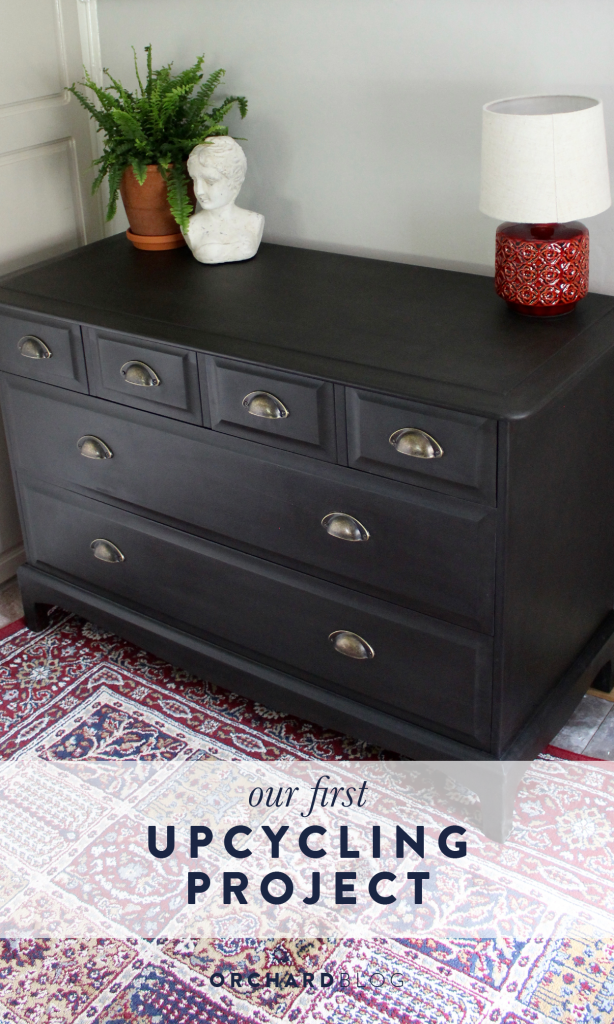 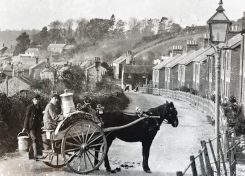 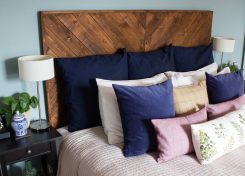 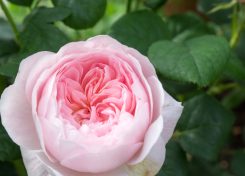 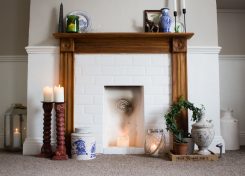