Cocktail of the Week | Plum Sour

As we are now in mid September, our thoughts have started to turn to autumn.  Our first cocktail of autumn is making the best of the plums that are now in season.  For our Cocktail of the Week we decided to go for a change from the sweet, summer inspired cocktails.  We wanted to   try something that could be enjoyed in the last of the sun or next to an outdoor fire.  We found this one from Difford’s Guide that fitted the bill, the Plum Sour.

The Plum Sour is originally a Japanese cocktail made with sake that has evolved over many years.  It falls into the sours family of cocktails.  Sours were the original cocktail and classic sours, such as the margarita, kamikaze and the daiquiri can be dated back to the 1860s.  The Plum Sour made its leap across from the East some time during the early 20th Century as more Japanese people moved across the world, taking the mix with them and finding an alternative to the sake to create the drink.

Take the plum and roughly chop it into small pieces.  Use a muddler to crush the fruit into a mush.  Add a good amount of ice to the shaker and add the remaining ingredients.  Give the mix a good shake to cool it well. Take a glass and add some ice before pouring the cocktail in.  Add the plum garnish and there you have our cocktail of the week, the Plum Sour.

If you like a sour drink, this is a good cocktail to enjoy.  The egg white did make it a slightly unusual drink and something we would probably leave out if we made it again.  We would also use sweeter plums to draw out a stronger plum taste. 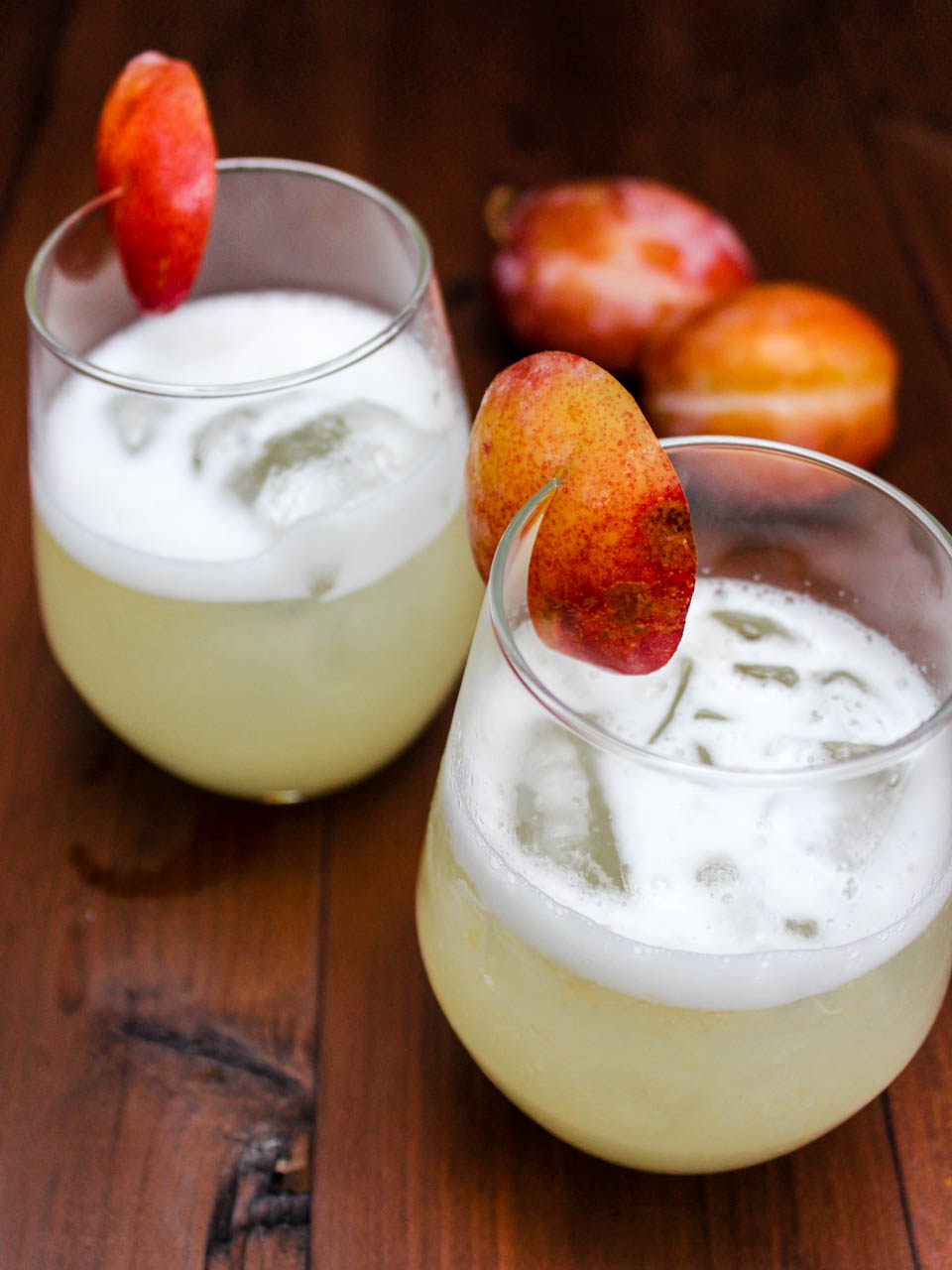 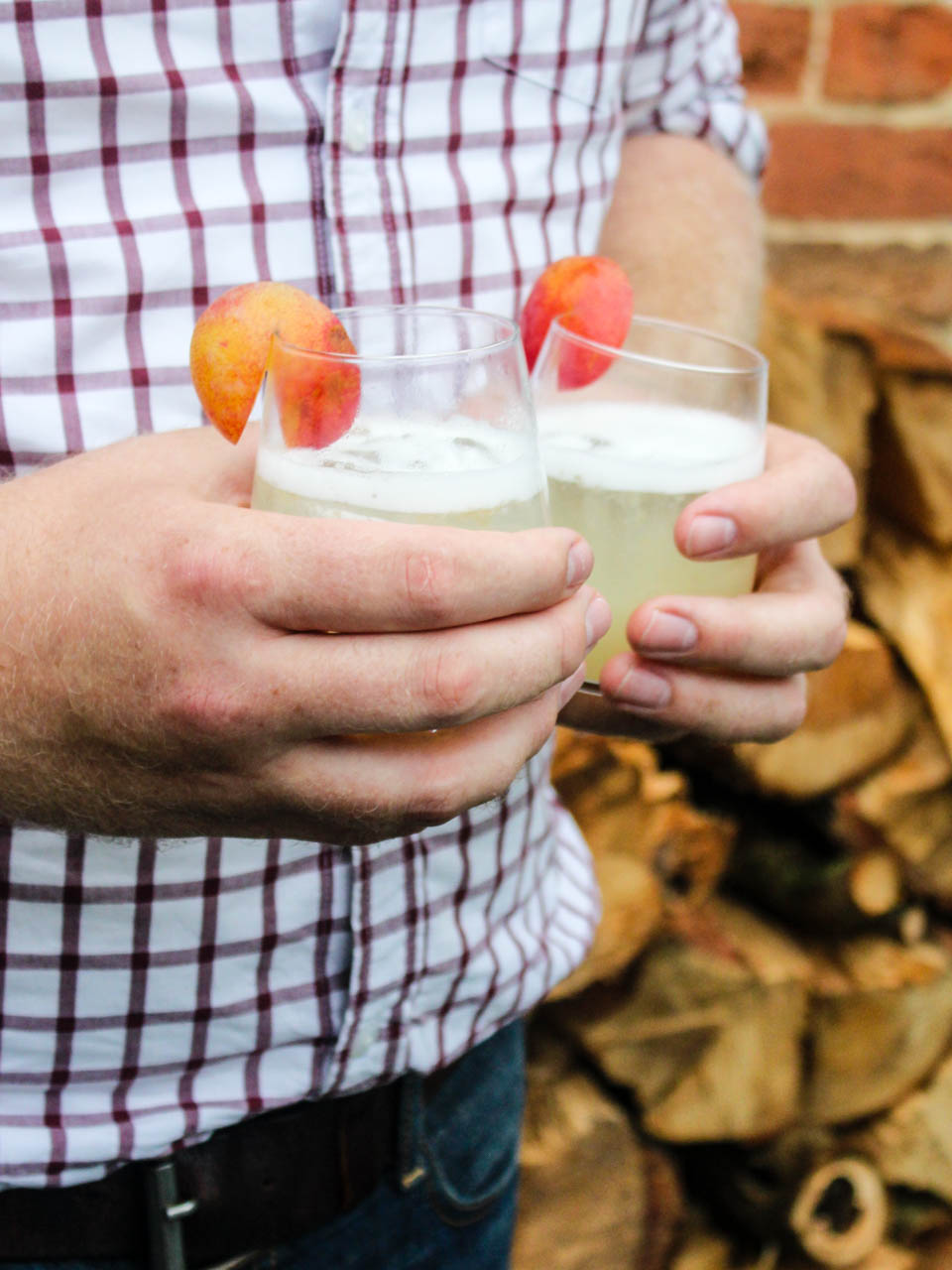 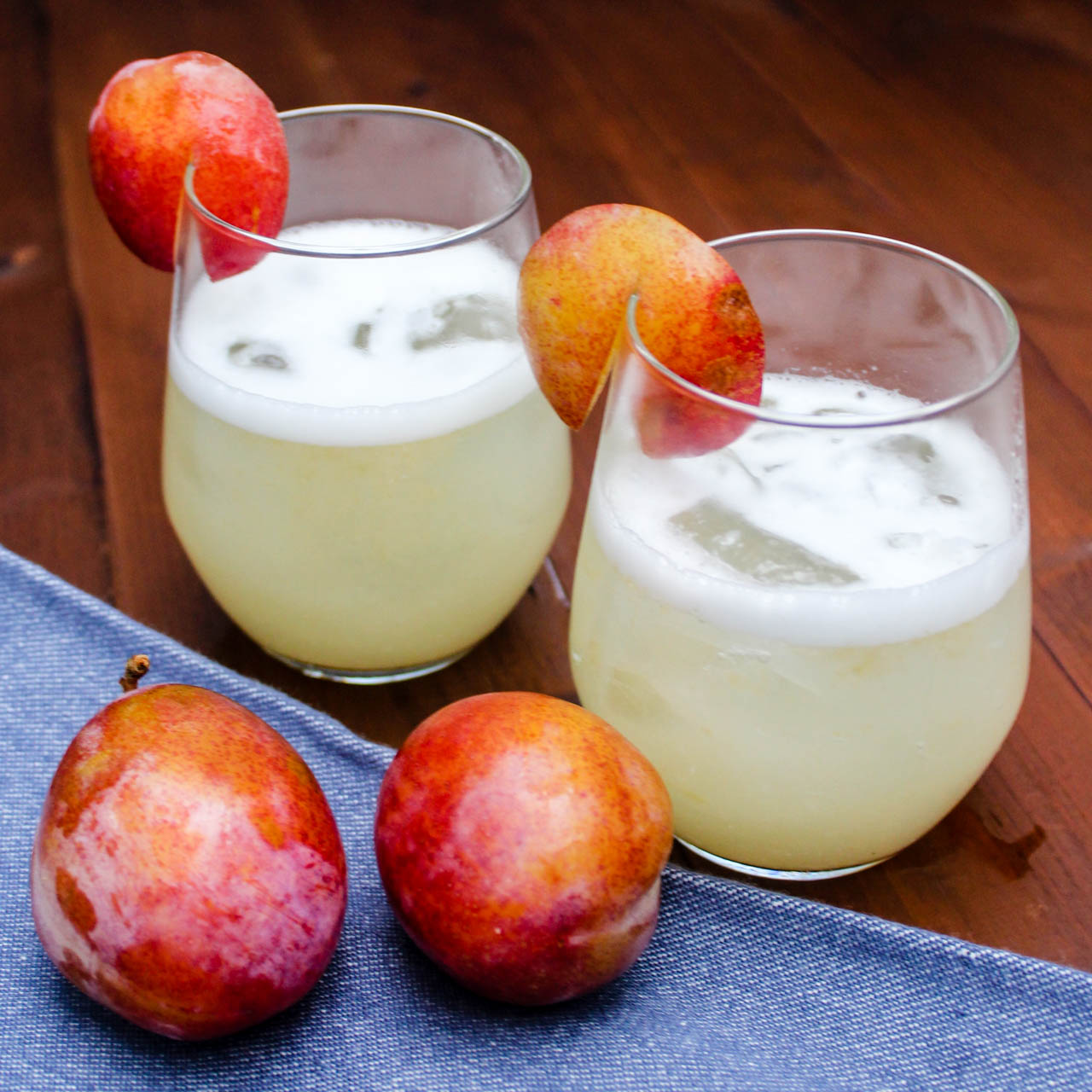 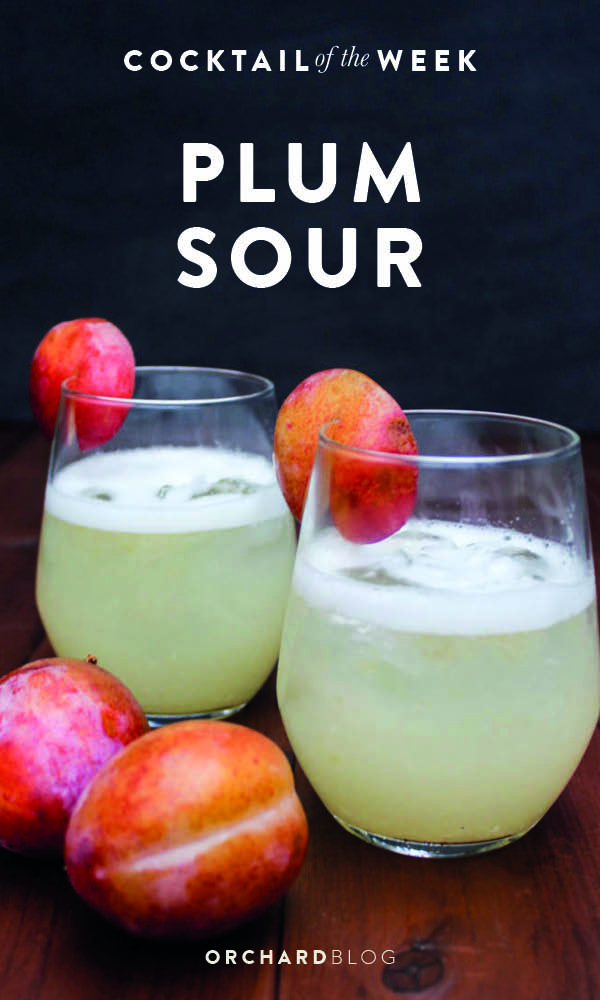