We have rehomed a cat from the nice people at Cats Protection.  Meet Gustav, out 11 year old domestic long hair cat!  We might be a bit bias but we have decided he is, in fact, the best cat ever! 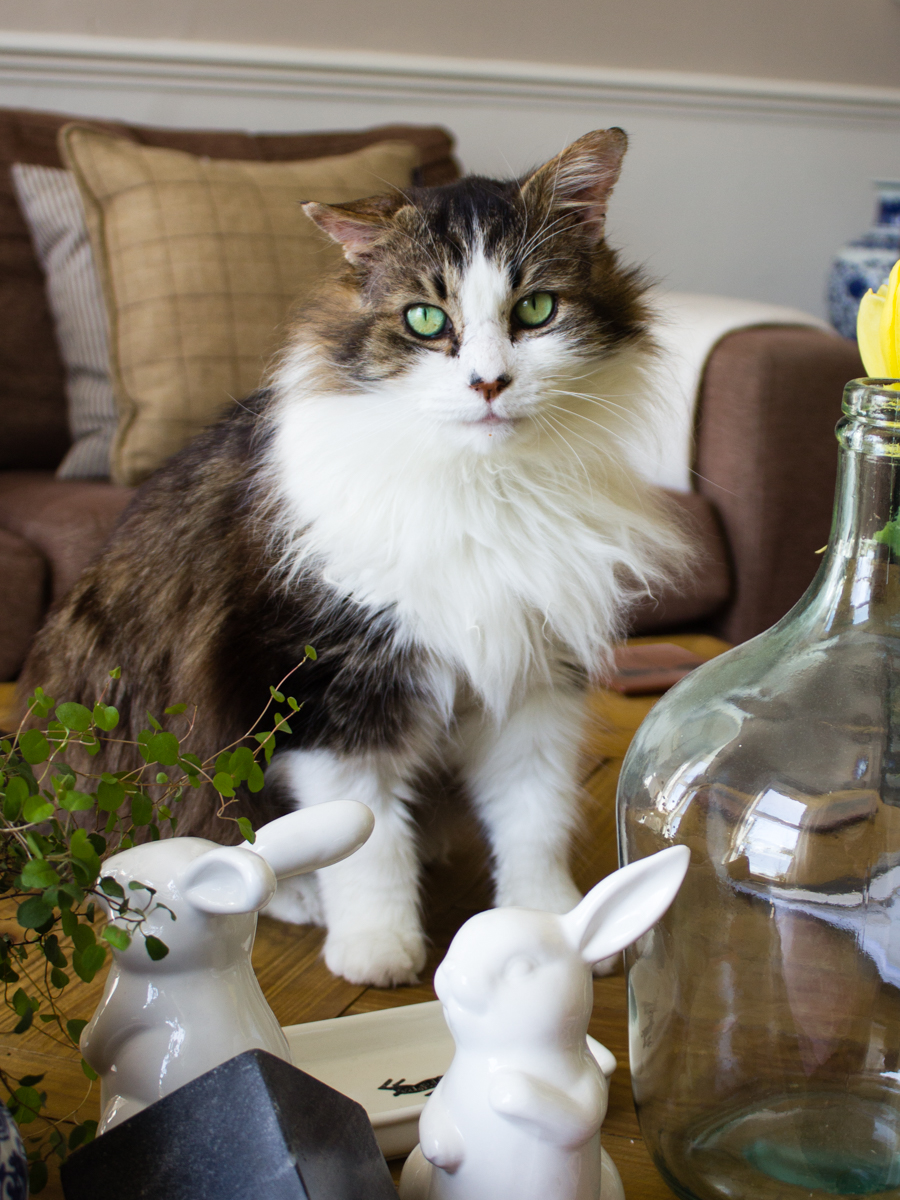 Getting pets has been high on our agenda since we moved, we both feel a house isn’t just not a home without some furry critters wandering about.  We had been in contact a couple of branches of Cats Protection, having a house visit to make sure we were suitable.  As we are quite close to a road so we decided that it would be best to rehome an older cat that is less likely to go wandering.

Gustav was in the Newbury rehoming centre, he was looking in a bit of a sorry state.  He had come into the centre with serious teeth issues which has resulted in a lot being removed.  He had matted hair on his tummy that had had to be shaved off and and had a bad case of fleas that they need to treated. 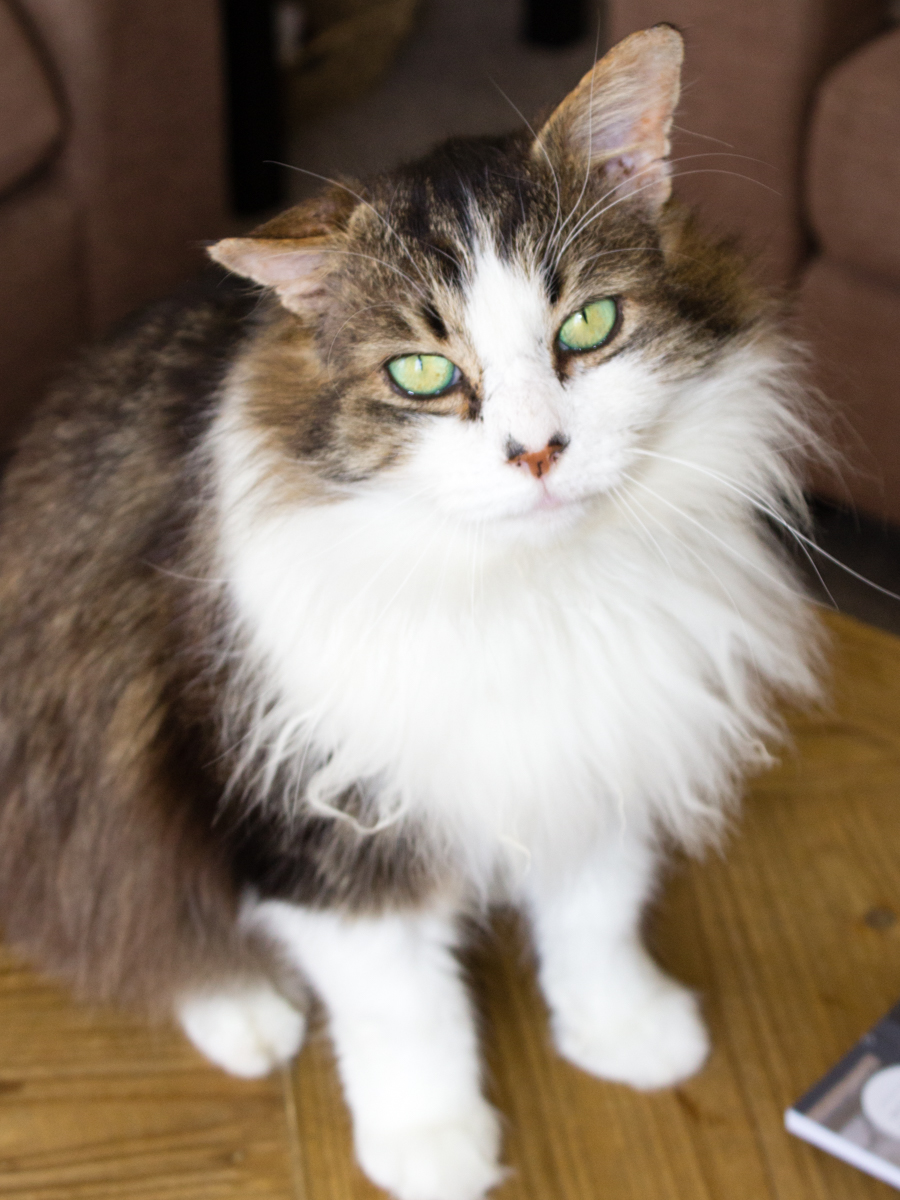 Despite all of this on meeting Gustav we almost instantly knew he was the cat for us.  He was friendly and confident which endeared him to us. Despite his straggly appearance, and wonky ears we could see he was a majestic cat.  So the deed was done, we signed on the dotted line and the very next day Gustav came home with us. He was a bit on the nervous side to start with, but soon came out of himself.

Gustav loves his food which is helping with training him.  He is very playful so we have stocked up on all sorts of cat toys.  He loves chasing these about the place and when he tires he spends the evenings curled up on one of our laps.

We have introduced Gustav to Rich’s folks dogs and he took that all in his stride so we are confident when we finally get round to getting our puppy he will not be put out. 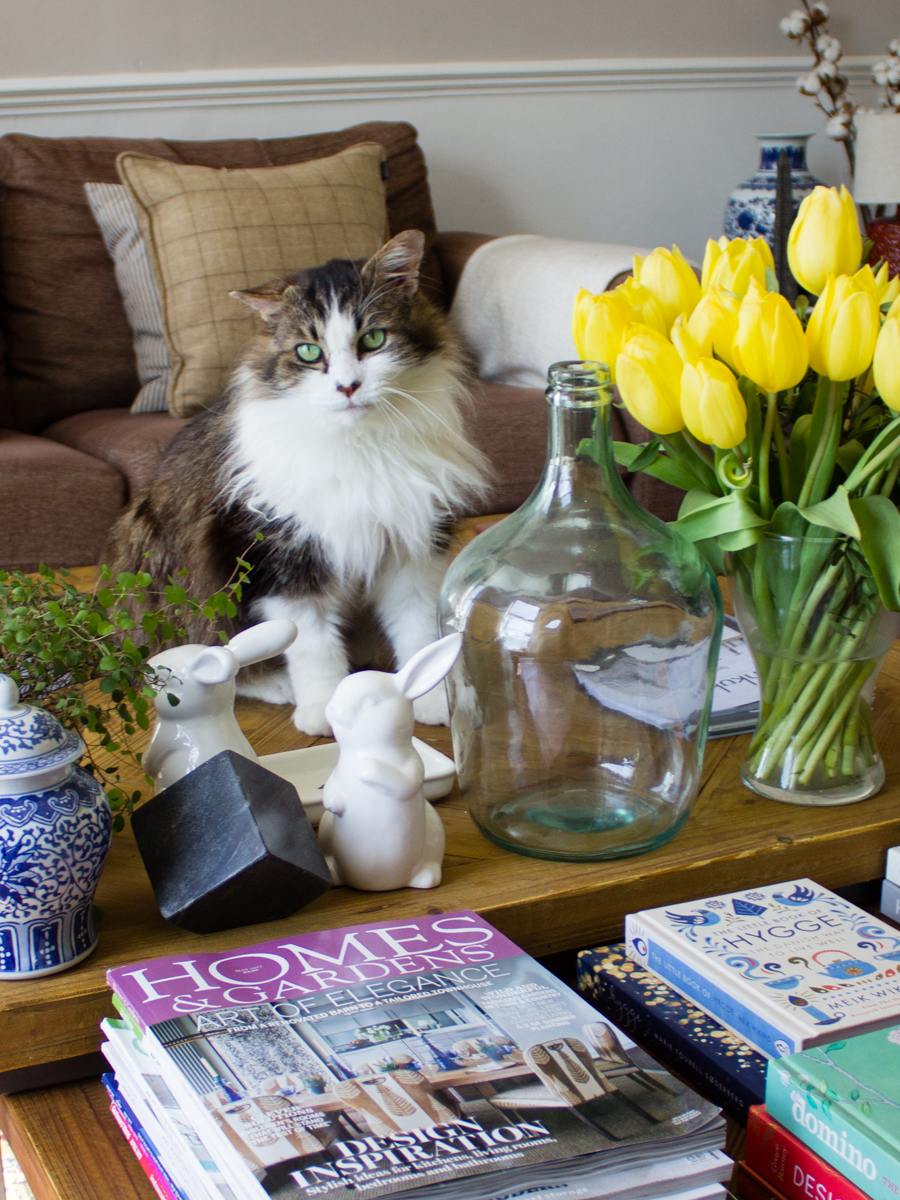 Gustav wasn’t his original name, but we decided with his regal looks he needed a regal name.  He is therefore named after King Gustav III of Sweden, we think it suits him very well!

We can’t thank the people at Cats Protection enough, especially the staff at the Newbury Rehoming Centre.  They were helpful, informative and very supportive. If you are looking to rehome a cat, we cannot recommend them enough. 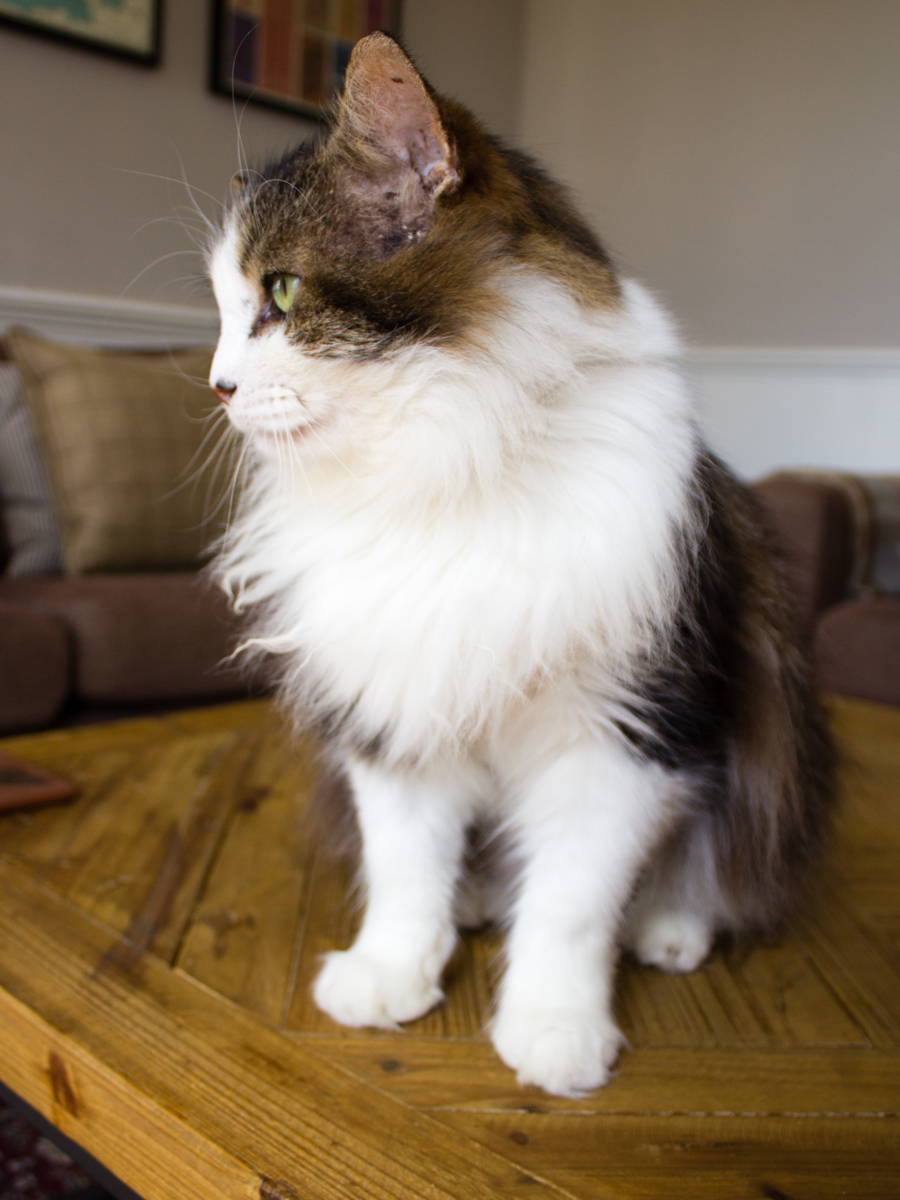