This weekend is the first in Advent, which means only one thing, it is the start of the official countdown to Christmas! We both love Christmas and we usually mark this countdown by getting our advent calendars and making our own first mulled drink, which is our Cocktail of the Week, Mulled Cider.

Mulling drinks over winter is a European tradition. Nearly ever European country has their version of a mulled drink. In the UK it is mulled wine, Germany and Austria it is Glühwein and Nordic Countries it is Gløgg, all of which we have partaken in over the years. The concept of mulling wine and other drinks spread across Europe thanks to the Romans during the 2nd century as they conquered and traded with the countries they passed. The mulled spices we use today vary from country to country. The spices in the English version include cinnamon, ginger, cloves, cardamom and nutmeg. A Medieval version of a mulled wine also included pepper, rosemary and pepper.  There is no one recipe for mulled wine and some of the more unique versions can include sausage and savoury herbs or be fortified with other spirits for good measure.

To make this week’s drink, pour the cider into a saucepan and heat gently. Add the syrup or spices and bring to a boil. If you are using spices add a a little bit of sugar. Once boiled, allow the cider to cool slightly and ladle into a glass or mug. Add some apple, cinnamon or star anise and you have this week cocktail, Mulled Cider.

Any mulled drink is an enjoyable drink to have on a winter’s night with your feet up next to the fire and mulled cider is one of our favourites. That said, we are always happy to have a mulled drink when it is available. 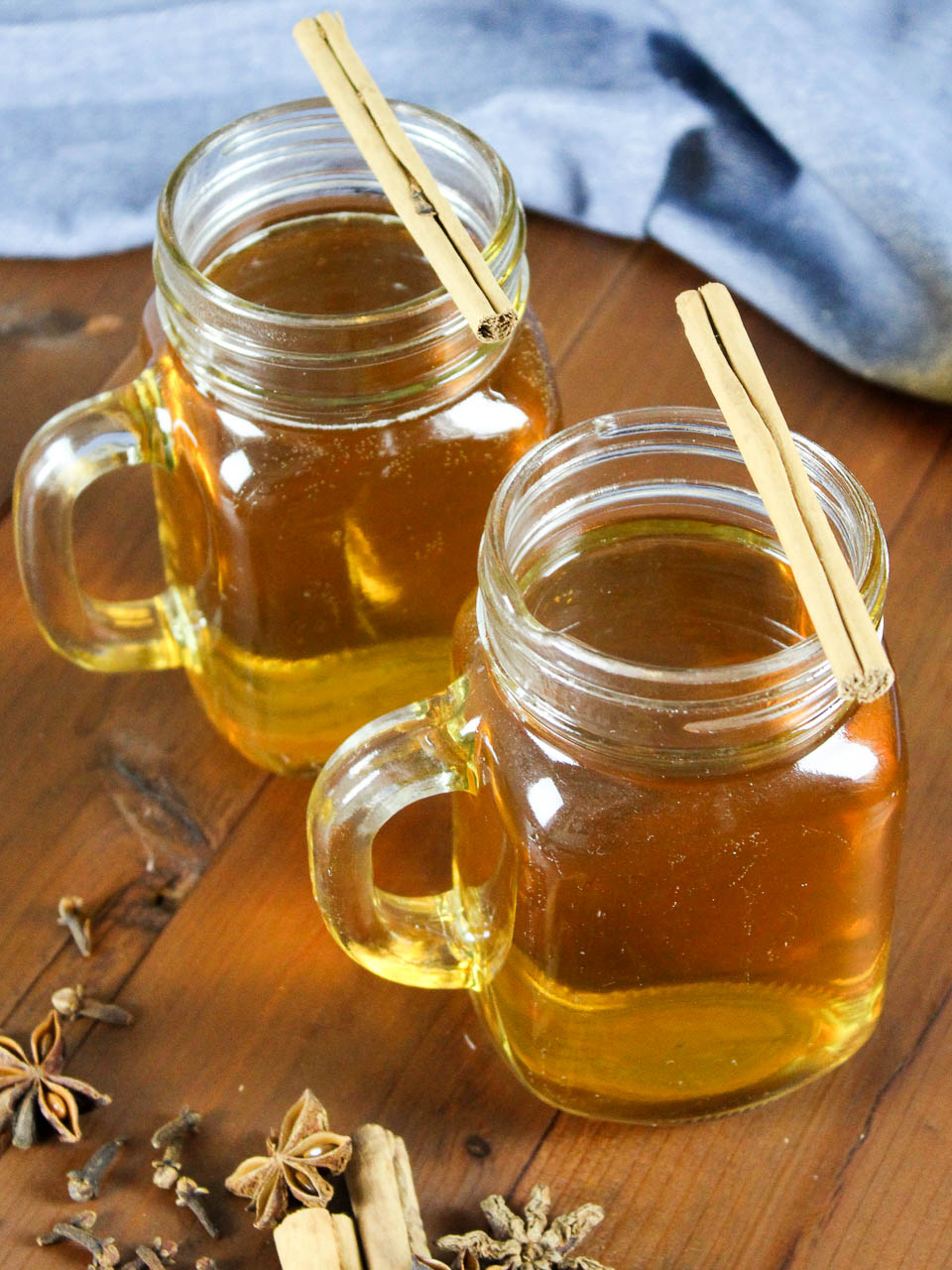 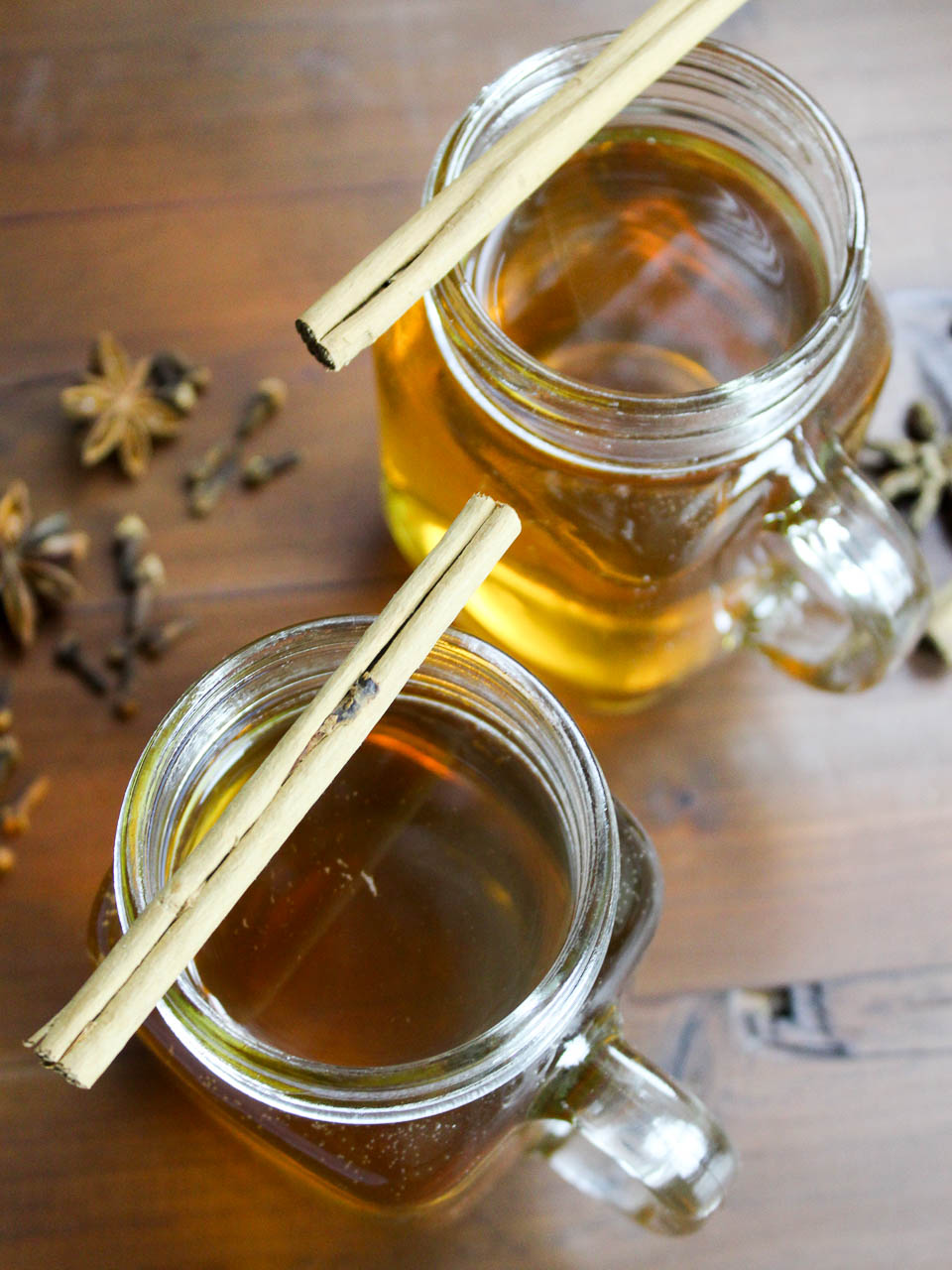 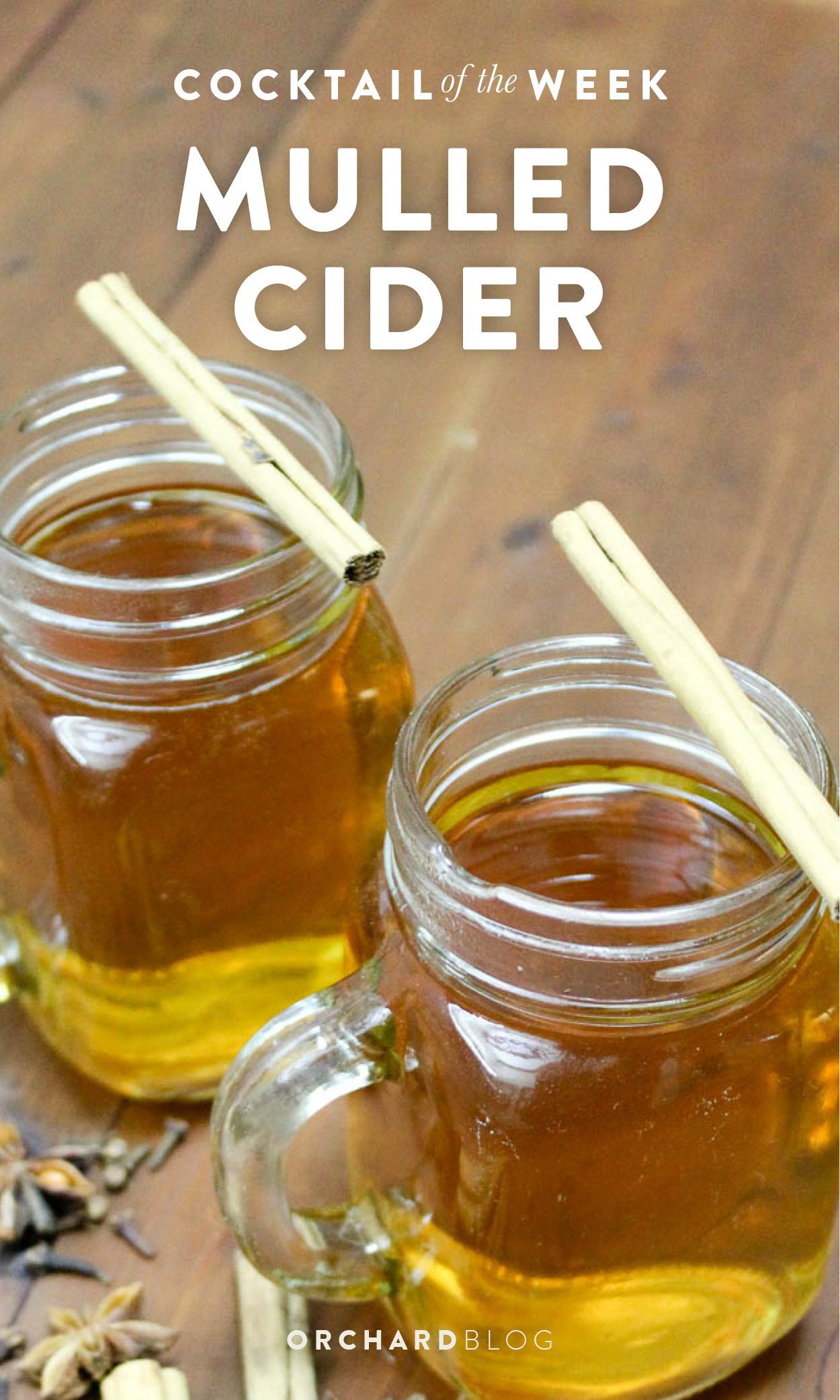