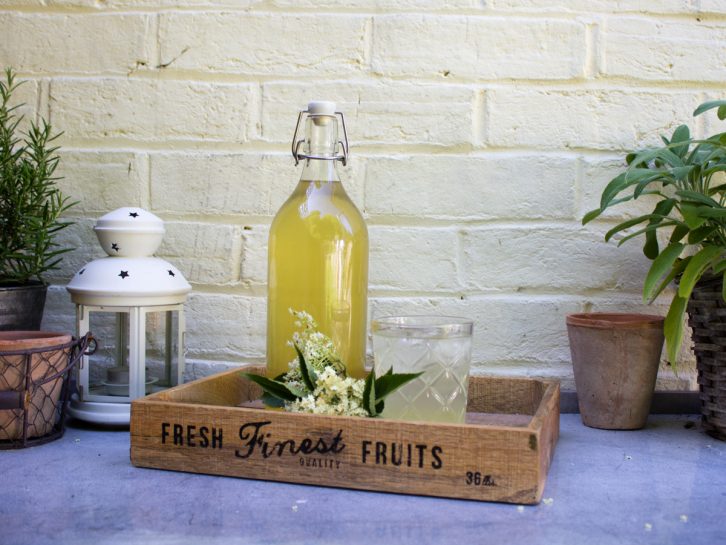 As spring made its appearance, we made the most of the outdoors and the Hampshire countryside.  One thing we noticed on a recent walk was the number of Elderflower trees in the vicinity of the house and decided we would make our own cordial this year.  Armed with a scissors and a bag, we ventured out to gather  a number of Elderflower heads.  It seems that this is a popular activity in Hampshire as it looked like a few people got to the easier to reach branches before us. 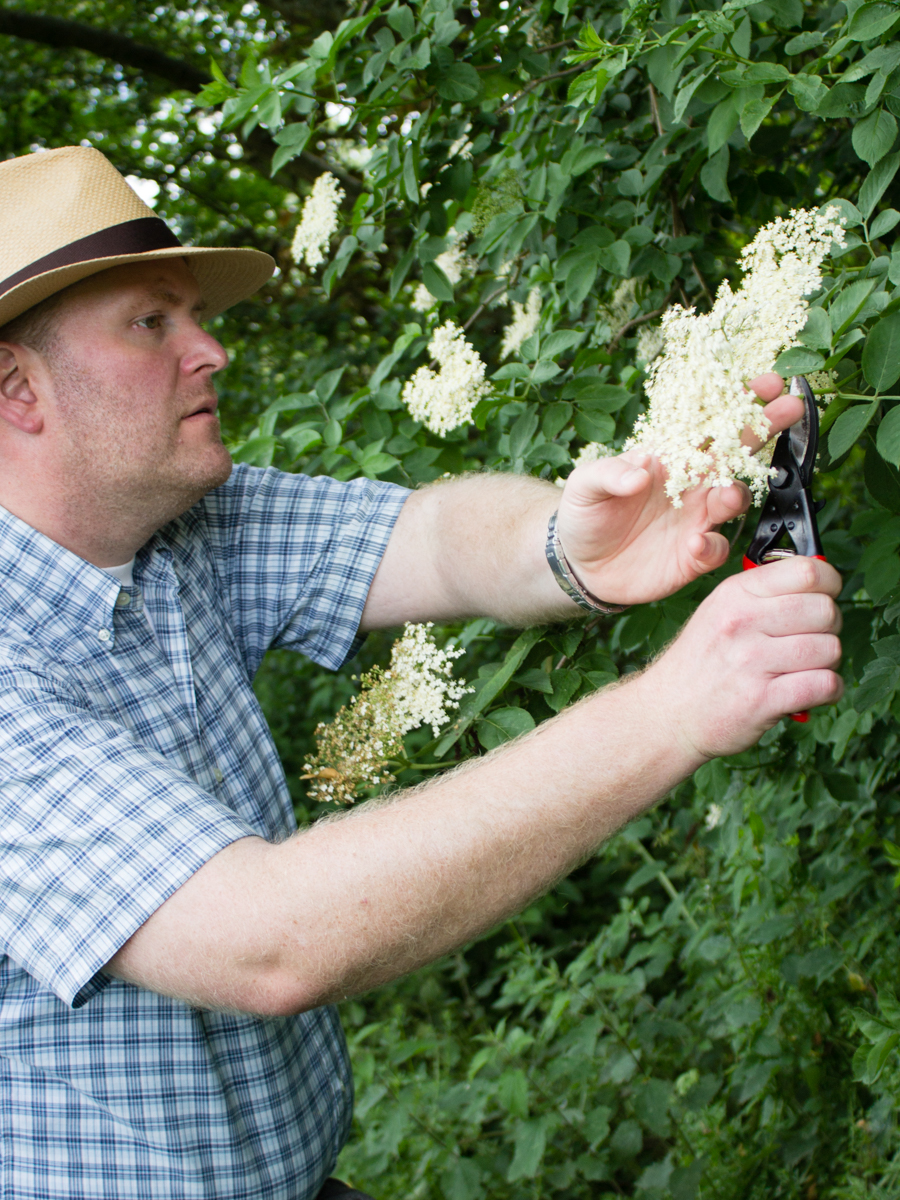 Elderflower cordial is a drink that can be tracked back to Roman times.  This may explain why it is used through out Europe.  The cordial is made from the flowers of the Elderberry tree and can be used in many different drink combinations such as diluted with water, sparking water, champagne or many other suitable cocktails.  Once home we looked up a few recipes and settled on the Jamie Oliver as it does not use as much refined sugar as the others we found.

A quick rummage through the cupboards and we found what we needed and started following the instructions to make the cordial.  It was easy to follow and great to know that it is an easy cordial to make.  The hardest part was cleaning the flower heads and the number of insects we shook off was a little surprising.  A note for next time that we should shake the flower heads out before harvesting!  We left the mix over night to steep which meant that the kitchen smelt wonderfully of a sweet elderflower mix in the morning and we could not wait to enjoy the cordial!  We bottle just over two litres of the cordial ready for use.

The cordial is fantastic and doesn’t taste as sugary as others we have tried.  It will make a great addition to our future parties and cocktails over the summer.  Especially our Swedish Midsummer party in June. 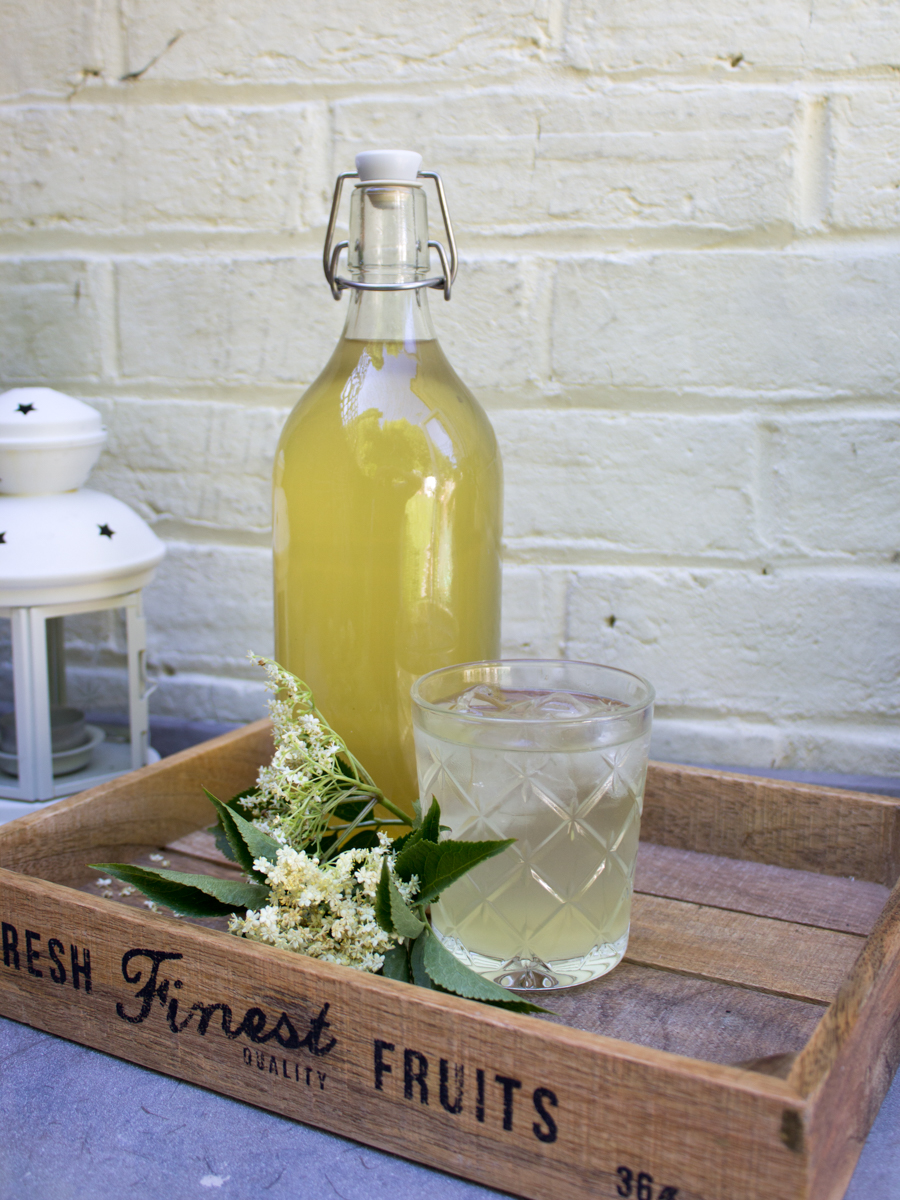 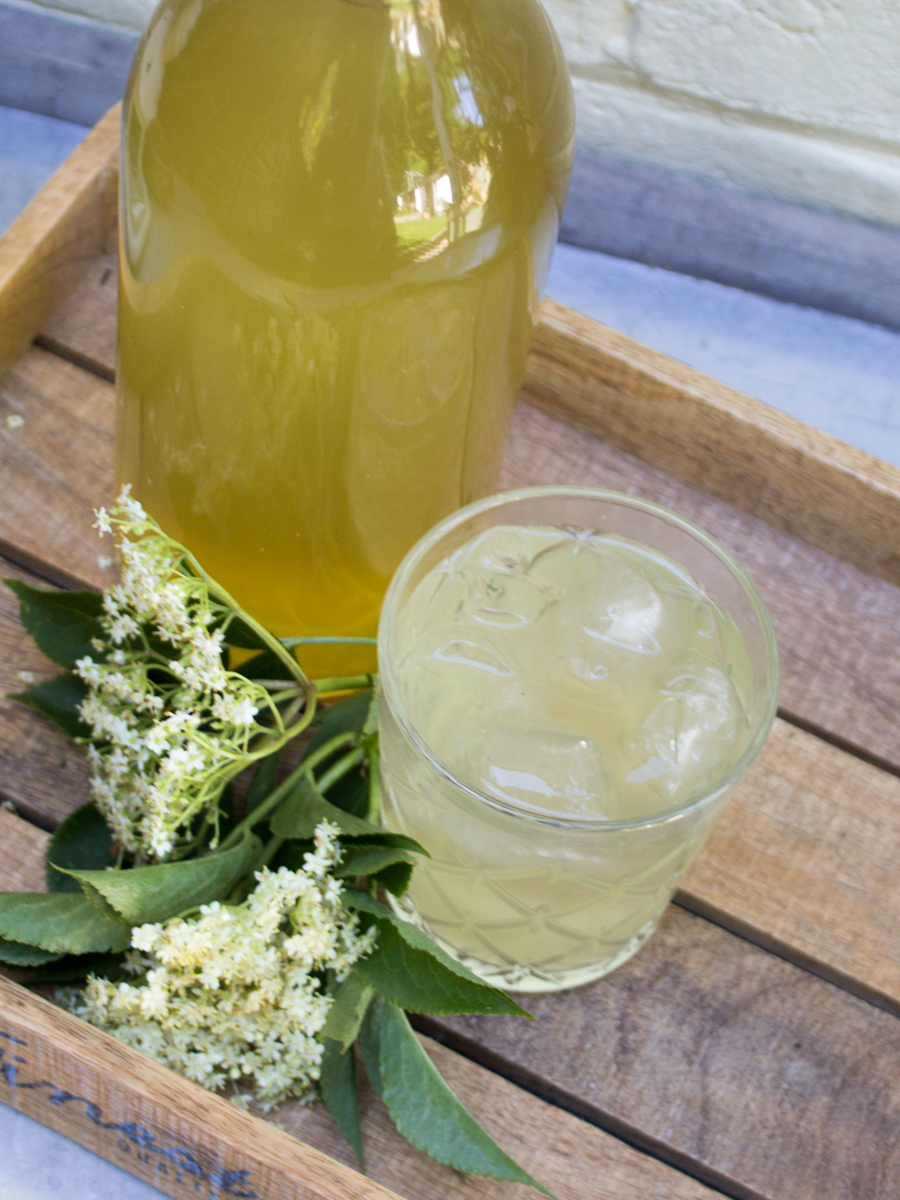 Cocktail of the Week | Harvested Apple 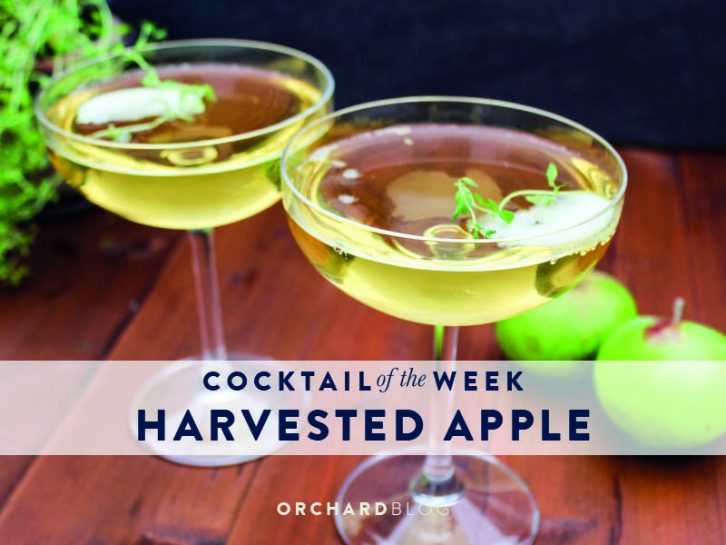 As we continue to seek out the delights of autumn, finding an autumnal themed cocktail that in not just about apples is not the easiest thing! That said, we did find one from Williams-Sonoma that was all about the apple and looked good enough to tempt us trying. After rummaging through the bar we found the ingredients we needed to make this week’s Cocktail of the Week, the Harvested Apple.

The key ingredient in this cocktail is Calvados. This is essentially an apple brandy that comes from Normandy region in France.  We did bring back a bottle from our recent trip to France for Rich’s Dad (just don’t tell him we pinched some). Calvados is first recorded as being made in 1553. Over the centuries the drink has been subjected to taxation and prohibition. The production was important enough to the French that the area it is made in was called Calvados after the French Revolution; this is likely to be as the locals were already calling it this. World War II had an impact on the production of the drink where many factories were rebuilt. It also became the regimental drink of three Canadian regiments who passed through the area following the D-Day landings.

For this week’s cocktail you will need;

Take a champagne coop and add the elderflower followed by the calvados and top the glass up with the chilled champagne.   Drop the slice of apple into the glass and give it a stir with the thyme leaving the spring in the glass.  Once settled, you the cocktail of the week, the Harvested Apple.

The cocktail is a great way to enjoy the start of the autumn season. It has a great apple undertone and could be very easy to enjoy two or three of these! 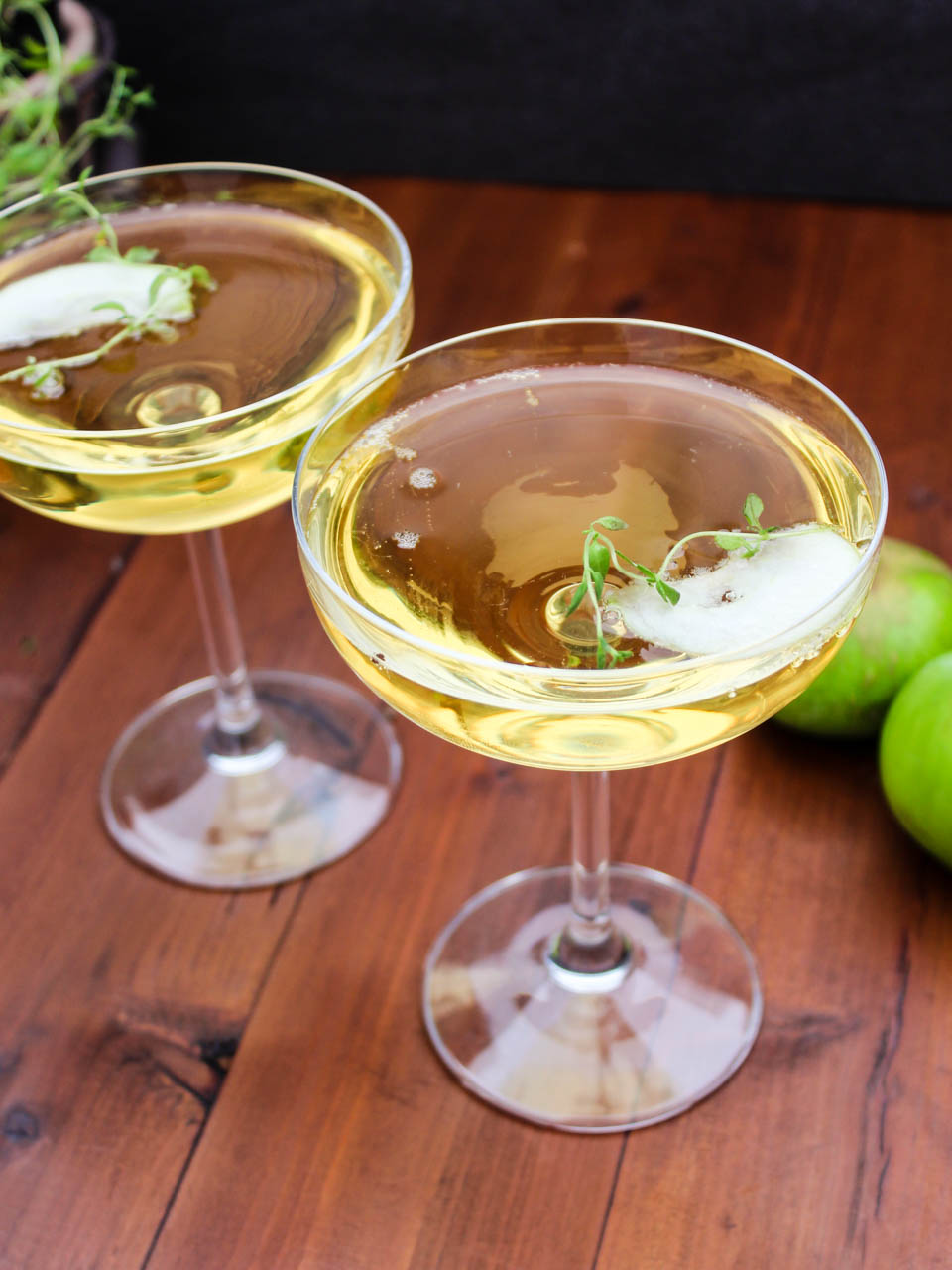 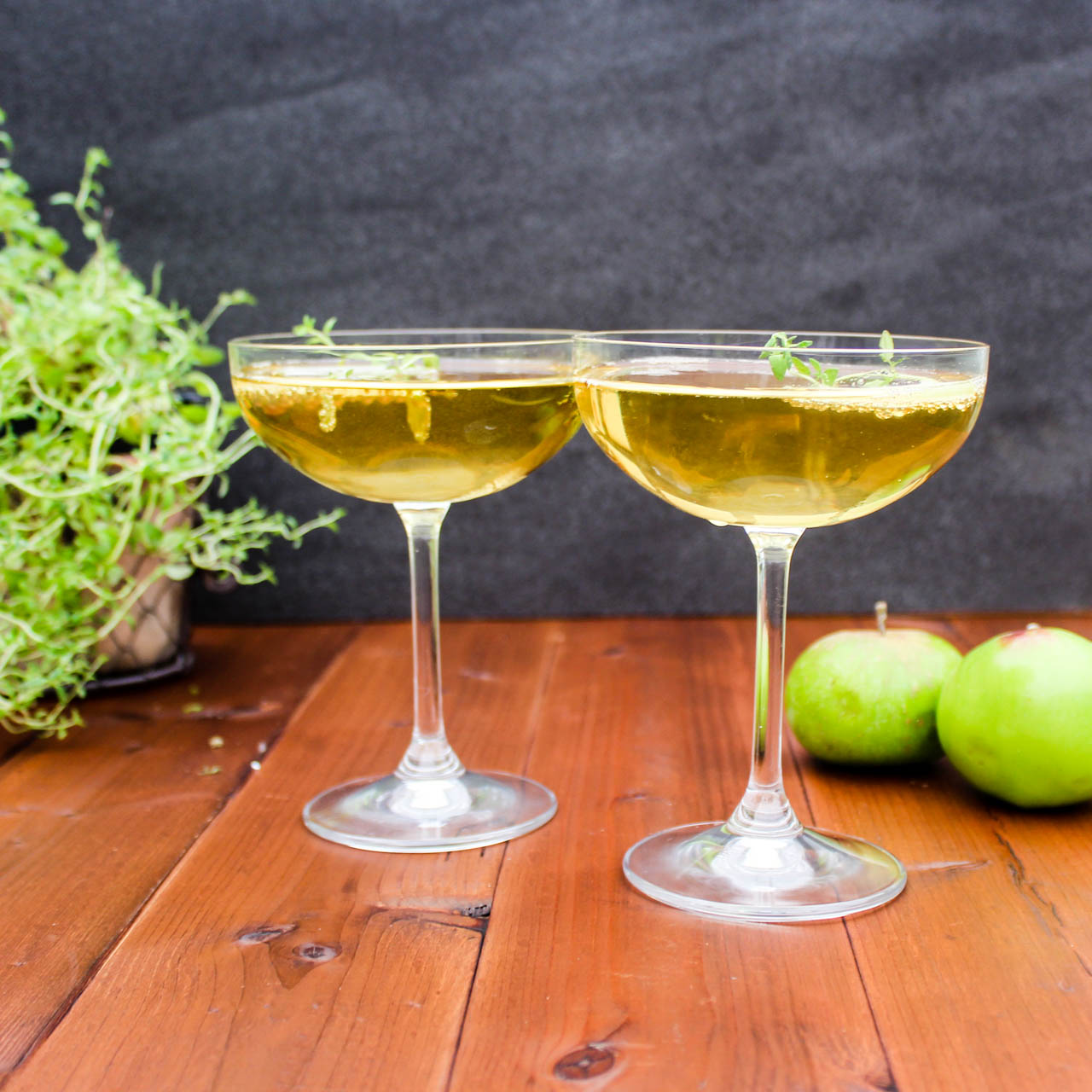 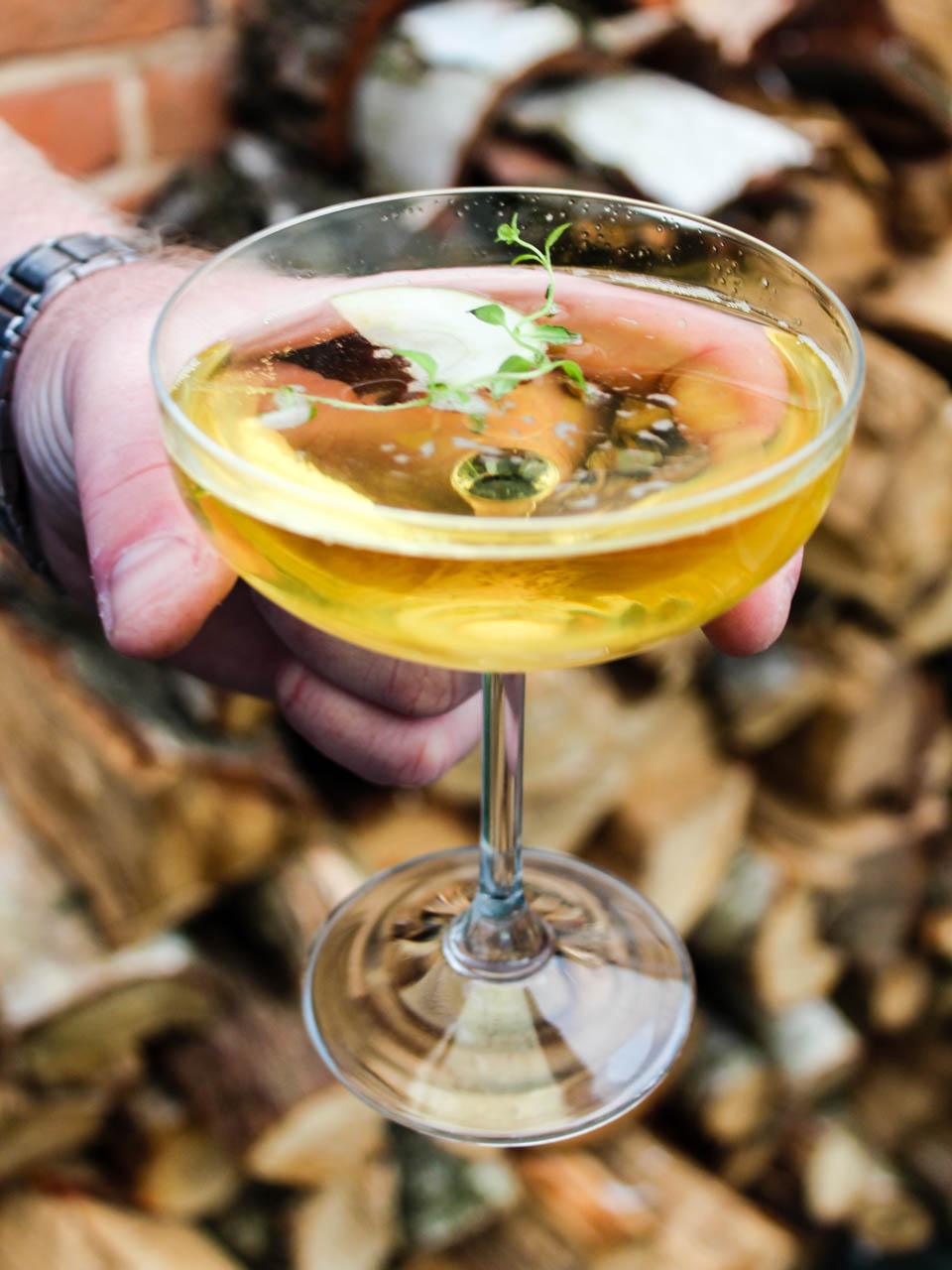 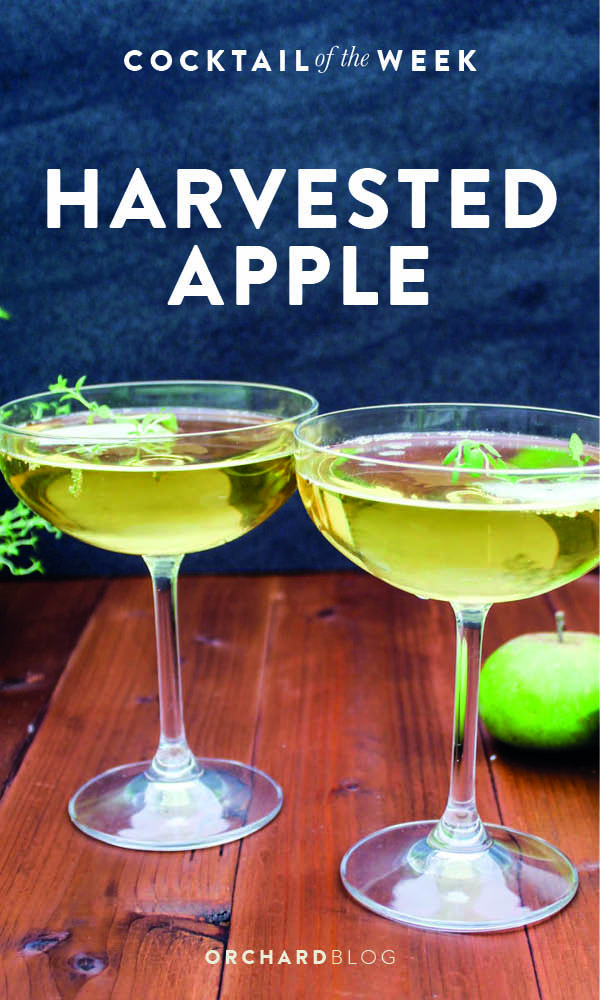