Cocktail of the Week | Firework 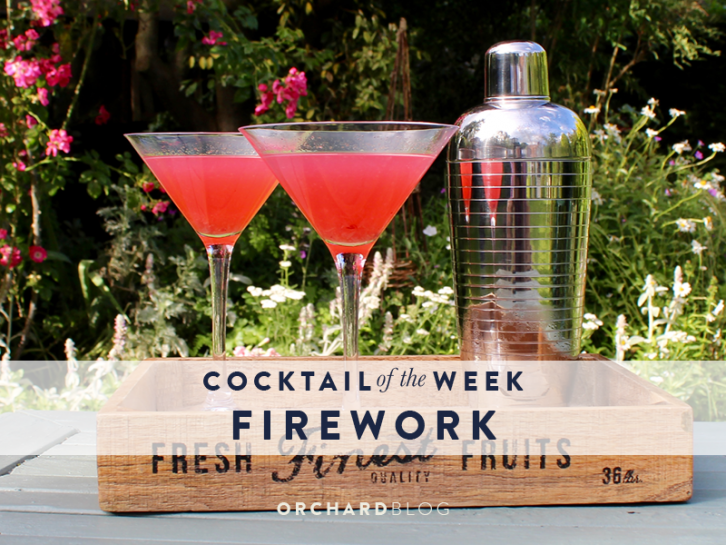 Digging in the drinks cabinet we found more vodka! Calum seems to have been on a vodka shopping spree at some point. Thankfully, as it is versatile drink, it can be used in a large range of drinks. As it was 4th July weekend in America, it was a must to celebrate with an appropriate cocktail. Looking for a cocktail that was subtle in look to celebrate this weekend was not an easy task, but we did come across a cocktail known as a ‘firework’.

The 4th July, as we know, is the USA Independence Day and celebrates the adoption of the Declaration of Independence on the 4th July 1776. As a holiday it is really an excuse to spend time with family and friends. The times Calum has spent there on 4th July it has involved beaches, BBQs and fireworks. So what better way to try out this as the cocktail of the week.

Start by putting the cherries, lime and sugar syrup into a cocktail mixer and muddle them together. If you don’t have a muddle, the back of a spoon will work. Once the fruit is mushed add the vodka and some ice, then the lid and shake. Once you have a cooled liquid, strain the mix in to two glasses getting as little of the fruit pulp in the glass.

This was a sweet cocktail that would have probably been better with pepper vodka to cut through the sweetness and give it some fire, but as a single glass to toast a day of celebration, it works as our cocktail of the week.

It only leaves us one thing to say! Happy 240th Birthday America! 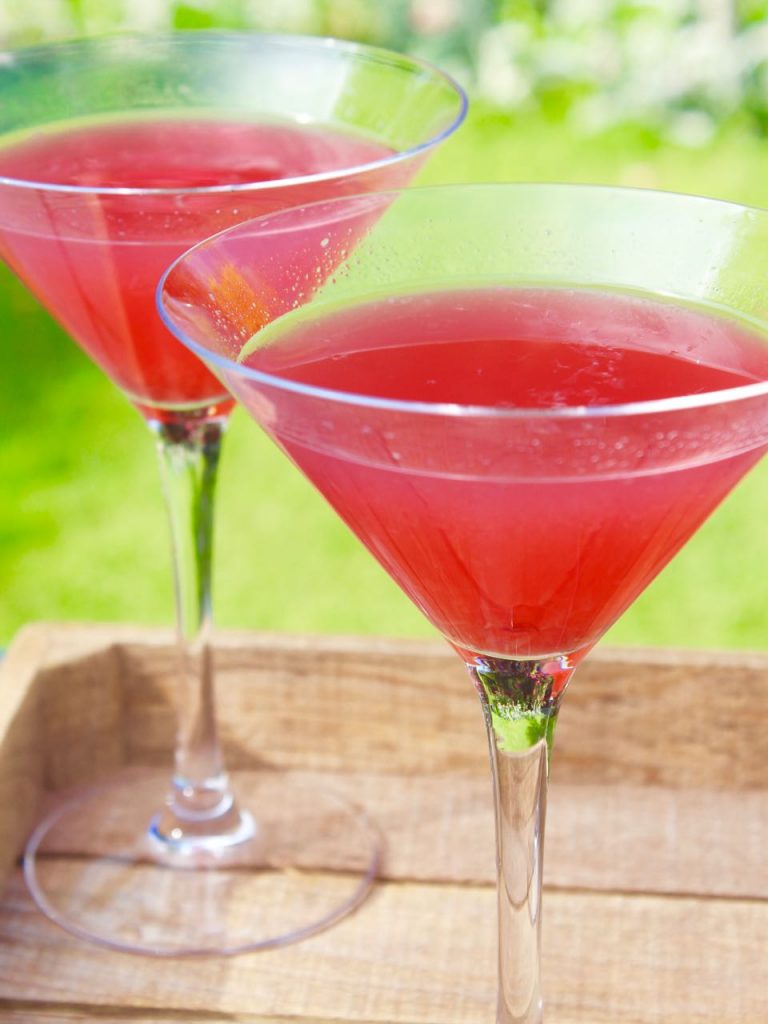 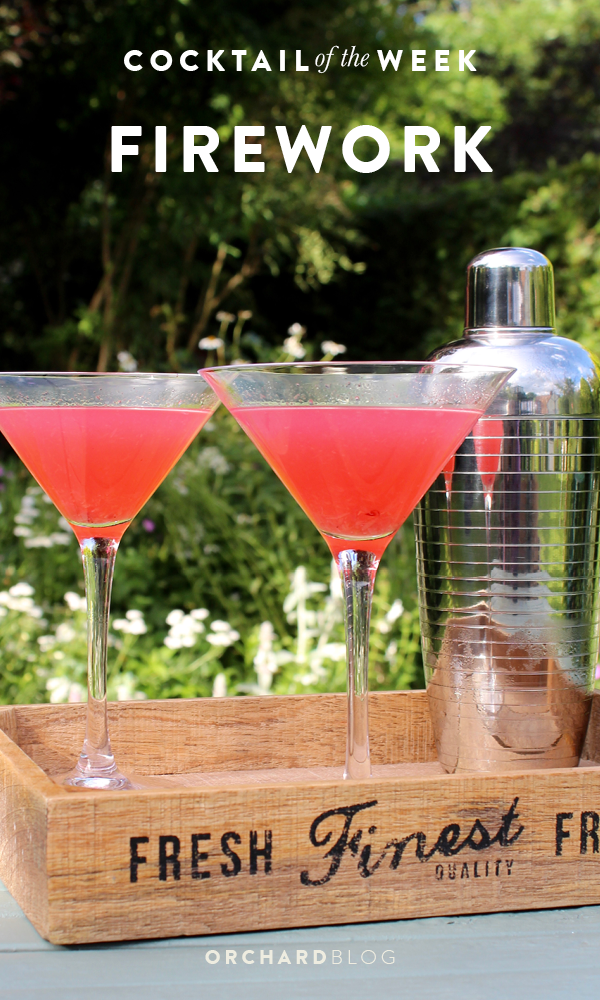 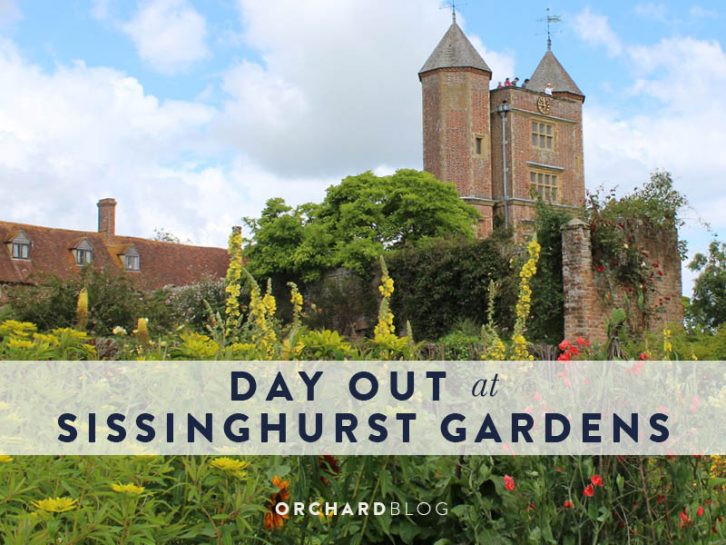 Last weekend we visited the beautiful Sissinghurst Garden in Kent. The garden was created in the 1930s by the writer Vita Sackville-West and her politician husband Sir Harold Nicholson and now is managed by the National Trust. As members of the Bloomsbury set, Vita and Harold were an unconventional couple for their times. There is currently an exhibition about their marriage in one of there barns, well worth visiting to get in an incite into their lives.

Sissinghurst was built from the 15th century onwards but by the 1930s the estate was practically in ruins. About this time the couple looking for a new home, despite some misgivings about the scale of the project they bought the estate and set about revitalising the house and gardens.  What visitors see now is testament tho their hard work and vision for the estate.  The Sissinghurst garden is an outstanding example of early 20th century english garden design.  There are lots of formal elements that Harold designed and then romantic and informal planting schemes devised by Vita.  The whole garden is beautiful and our particular highlights included the world famous white garden, the cottage garden and the nut walk.  Make sure you go up the old tower to get a bird’s eye view of the designs, it puts it all in perspective.

The garden is very popular and can get busy so time your trip accordinally. The Sissinghurst Estate has wonderful views of the Kentish Weald and their are signposted walks if you want to explore further. Being a National Trust property there is a lovely cafe and interesting shop.  They also have a good supply of plants for sale if you are feeling inspired by what you have seen. 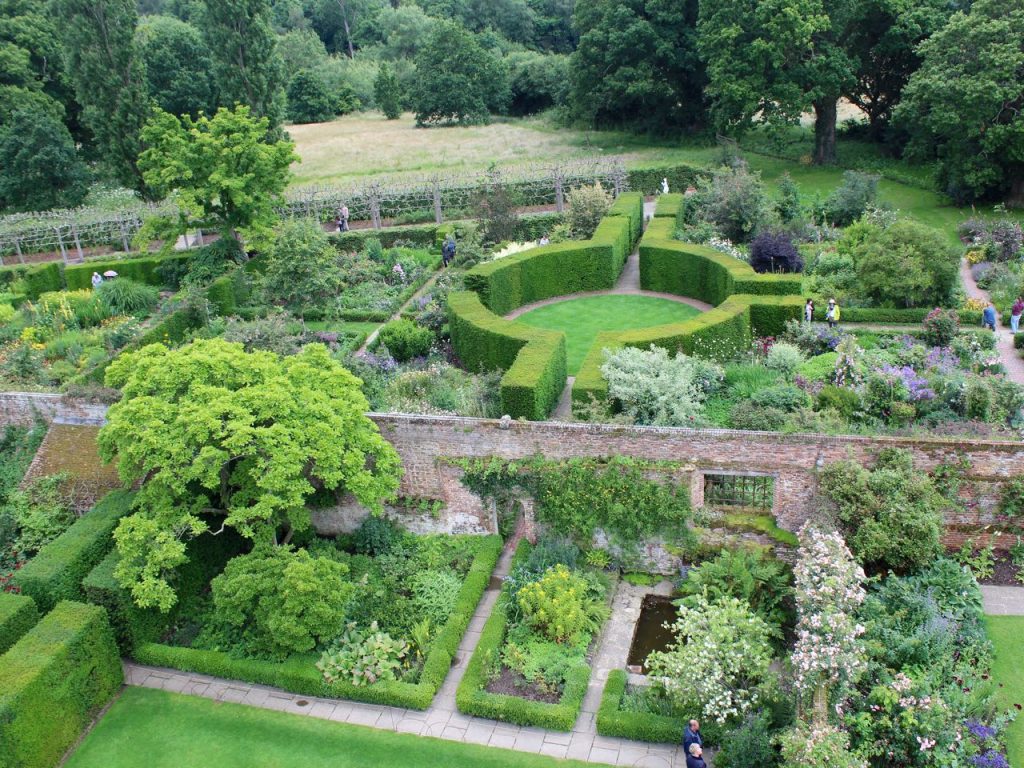 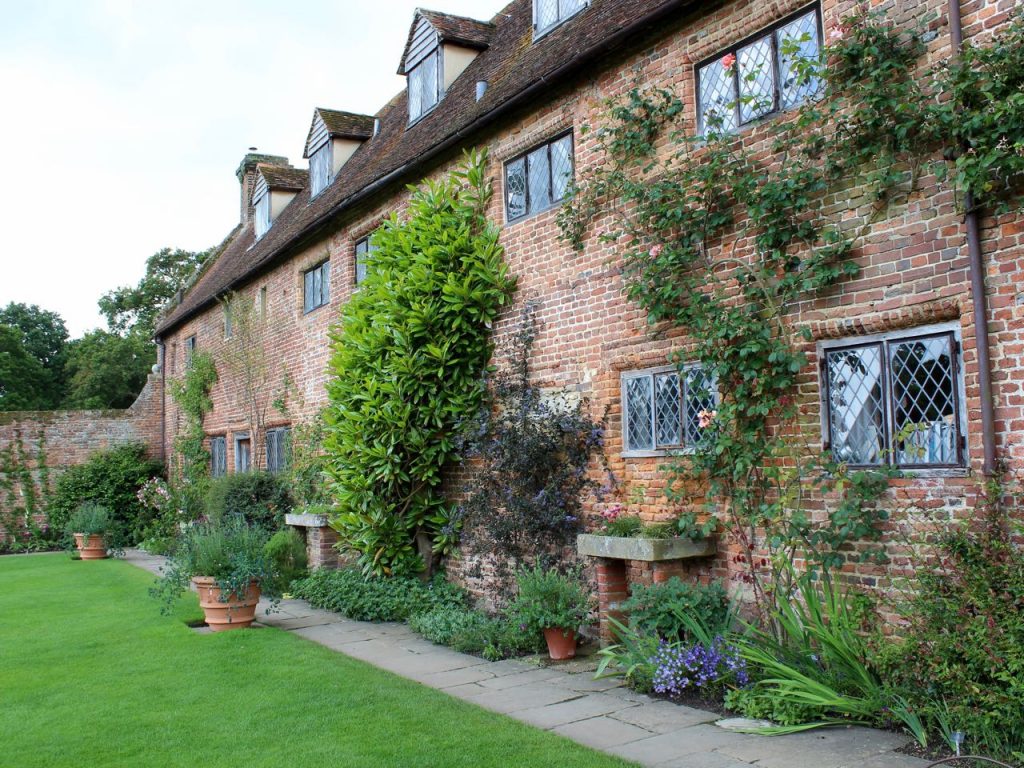 END_OF_DOCUMENT_TOKEN_TO_BE_REPLACED

It’s July and it seems summer is already running away with us. Mind you the summer weather doesn’t seem to have arrived yet so we’ll hold out hope! 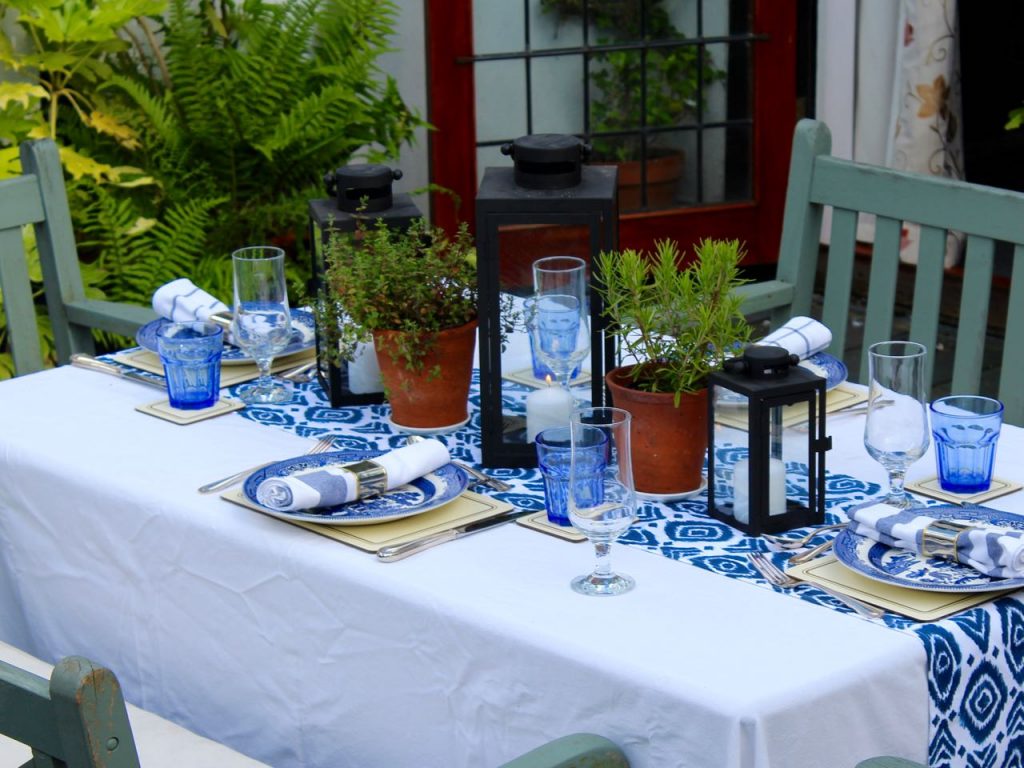 The weather of late has been, what could politely be described as ‘Changeable’ it is a bit tricky to plan anything as you never know if you are going to get caught in a downpour.  However Saturday night turned out to be very pleasant so we grabbed the opportunity to have an impromptu BBQ. Calum cooked (as per usual) and we raided the supplies to set a nice table. If a job is worth doing well and all that! 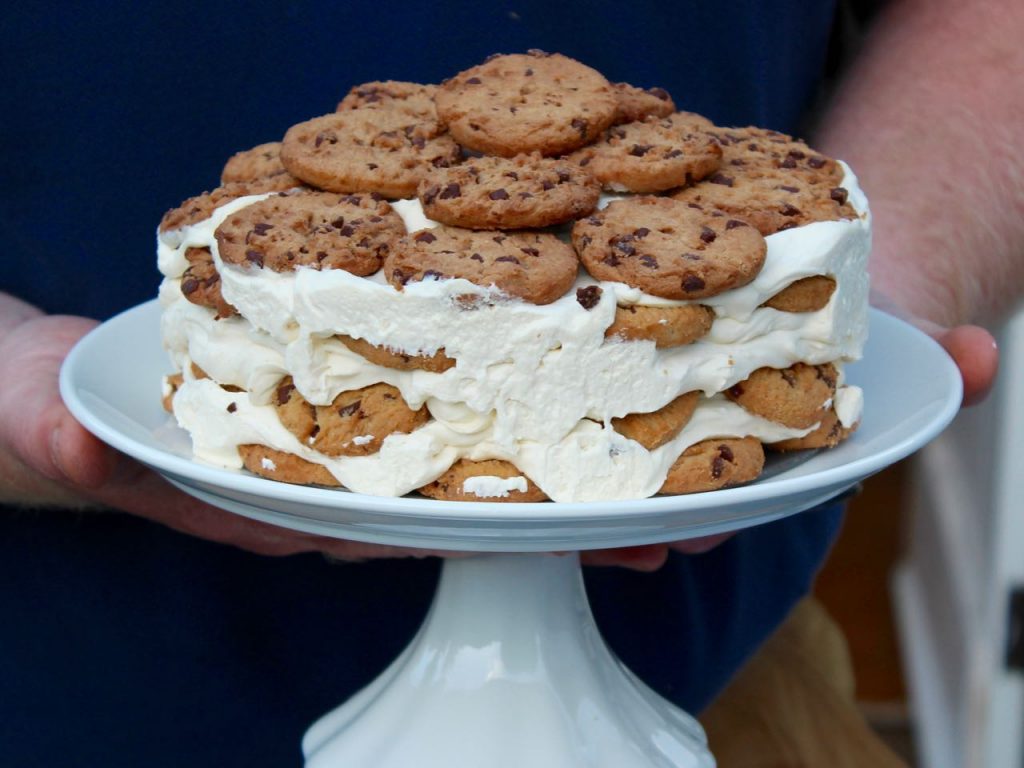 As a bit of an indulgent treat we created a cookie cake for Saturday’s pudding.  It is a very simple but massively impressive desert. It is just a pile of cookies sandwiched with cream, mascarpone and some sugar. It was ridiculously unhealthy but ever so lovely! 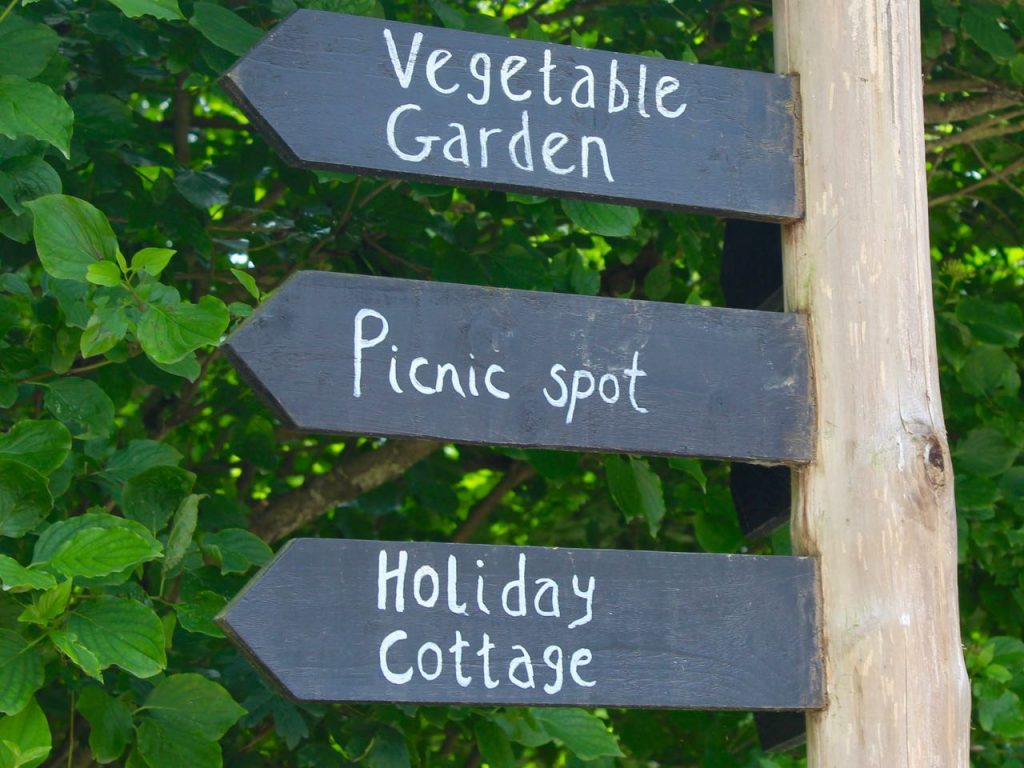 We have got into the habit of taking a picnic out with us when we go on our adventures. There is something wonderful about siting in the english countryside to eat our lunch, taking a moment to enjoy our surrounding and to recharge. I feel we could all benefit from more picnics in life! 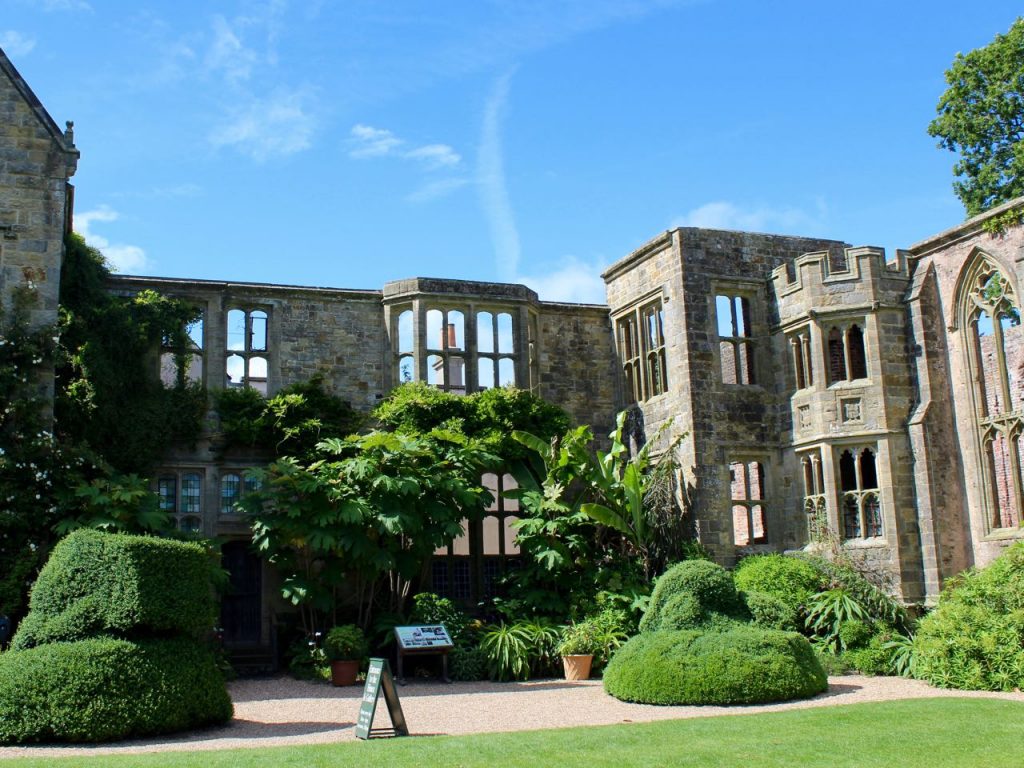 This weekend’s adventures took us to a couple of inspirational gardens, including Nymans in West Sussex. The house burnt down in the 1940s but the garden remains as grand as ever. In our ongoing quest to visit as many National Trust Properties as possible we have now passed the 5% barrier! 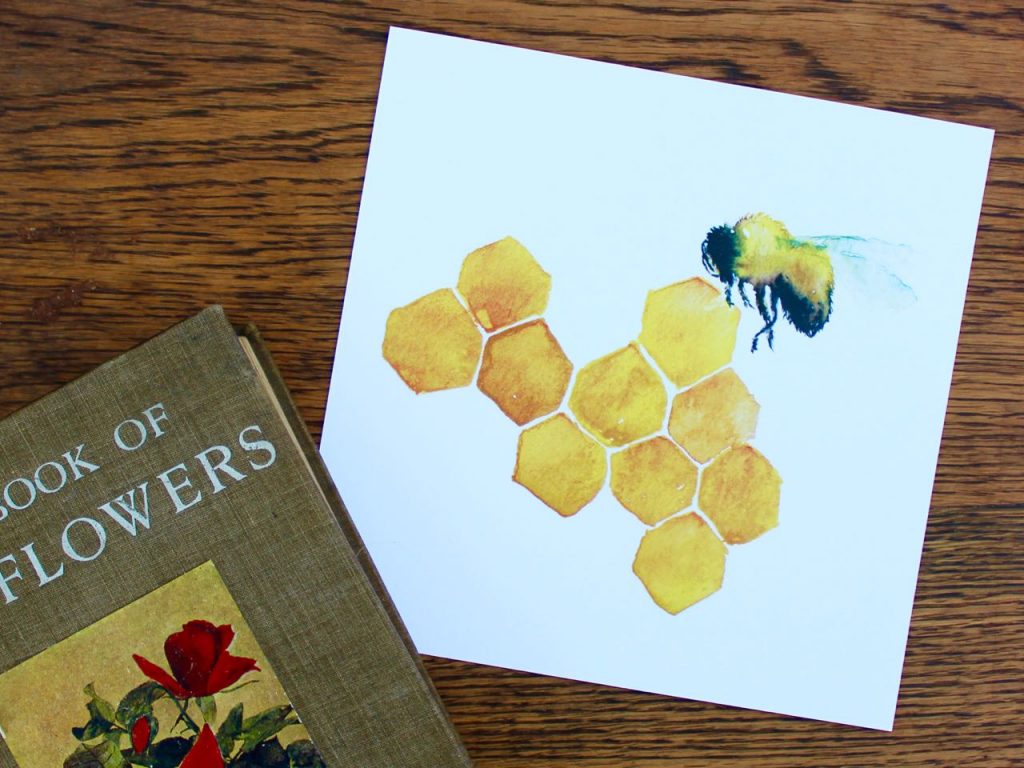 We both love Bees, coincidently they we’re the emblems of both of our schools, and we plan of keeping bees when we have enough space to.  In the mean time Rich found this lovely print  by The Tasty Painter on Etsy, we love it!